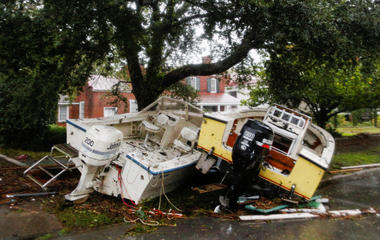 North Carolina Governor Roy Cooper says "treacherous" floodwaters are still threatening the state more than a week after Hurricane Florence made landfall there. Cooper said Saturday that nine of the state's river gauges are at major flood stage and four others are at moderate flood stage.

Cooper said the flooding continues to make travel dangerous in hard-hit areas. He told residents to avoid driving east of Interstate 95 and south of US-70. He said certain areas of Interstates 95 and 40 are still underwater. Cooper also urged residents of southeastern North Carolina to stay alert for flood warnings and evacuation orders.

Jim Trogdon, the state's transportation secretary, said 114 primary roads are closed and there are 547 total statewide road closures. Emergency officials don't expect the water on those highways to recede fully for another week or more.

At least 43 people have died since the hurricane slammed into the coast more than a week ago. There have been 5,000 rescues reported in the state, Cooper said, adding that some people have been able to return. 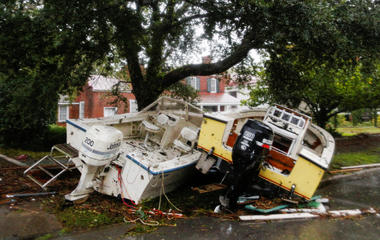 The second Trump-Kim summit: Where the U.S. stands on North Korea

Howling winds leave hundreds of thousands without power in NE