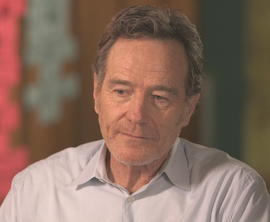 Emmy, Golden Globe and Tony award-winning actor Bryan Cranston is in the enviable position of being able to choose the projects he lends his name and talents to. The stop-motion animation series "SuperMansion" is one of them.

"I said as long as we can really get into the character motivations and allow our audiences to be behind these characters and root for them, then I'm excited about it," Cranston told CBS News contributor Jamie Wax. "It's funny and it's out there and bizarre, but yet it still feeds the beast of those super fans who love fantasy, the Comic Con group that we love to embrace."

"SuperMansion" is just one of four animated series Stoopid Buddy Stoodios is now producing. It's the brainchild of actor Seth Green, his friend Matthew Senreich, John Harvatine and Eric Towner.

"It's about the interpersonal relationships of superheroes. It's not about the fights, it's about stuff as simple as shopping for pizza rolls and whether you get the vegan brand or the Totino's," Green said of the series.

"It sort of started as an animation clubhouse where we were just hanging out with friends, you know, making projects that we were excited about," Towner said. "We'd be having some super important phone calls and the people on the other line had no idea that we were inside of a Winnebago."

Seth Green is the best-known of the group with a long list of acting credits, including the "Austin Powers" movie franchise. He voices the character Chris Griffin on the long-running animated series "Family Guy." Creating his own animated series was something of an unexpected project.

"'Robot Chicken' was born out of just wanting to make something. And my friend, Matthew Senreich, and I set about making what was just going to be a stop-motion short," Green said. "I wouldn't say that we set out to make a show that would run for 10 seasons, no. We weren't even – life takes you in strange places, right?"

Maybe even more unexpected: "Robot Chicken" has won six Emmy awards, quite a record for an unconventional comedy that specializes in off-the-wall pop culture parodies.

The final product may be silly, but the production work is serious business. The process is so slow it takes about a week to animate just one minute of material. Stoopid Buddy Stoodios has 225 employees 40 miniature sound stages, a workshop that handcrafts all the puppets and even a wardrobe department that creates tiny costumes with minute detail.

"It's the fact that you can touch these things and they come to life," Matthew Seinrich said. "I'm picking up the action figures I had as a child, and making them come to life with the imagination that I used to have while telling stories as a kid."

That's one of the draw for Cranston, working with a group of grown-up kids still in touch with the magic of their childhoods.

"There is a keen sense of childlike behavior in all of these people and I don't mean that derisively. I mean that like, 'Oh, they're still holding on to the sweetness to the sense of wonder, to the fantasy of it all, to superheroes in their minds that they grew up with," Cranston said. "And I love being around people who retain a sense of childlike qualities. It's refreshing." 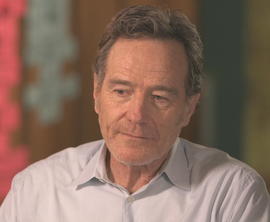 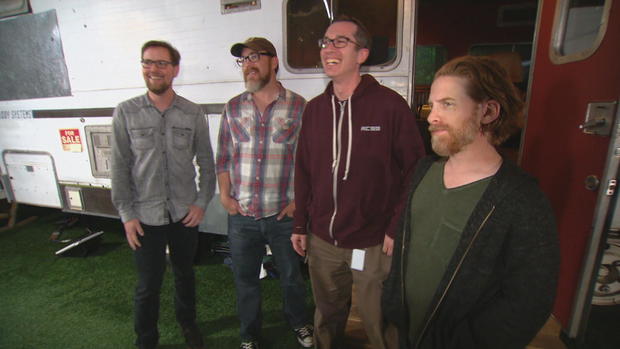 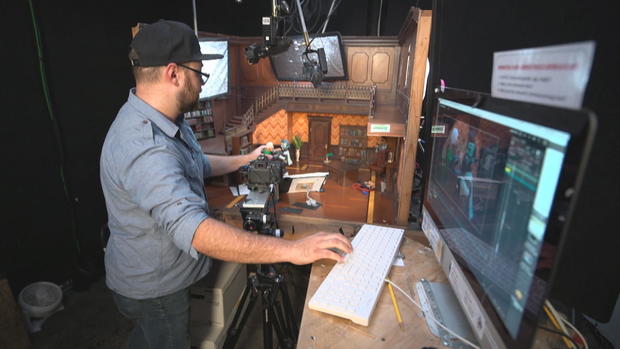