NEW YORK — New Chris Cornell music is being released more than a year after his death. Cornell's widow Vicky is behind the new album "Chris Cornell," as well as a four-disc box set. Both will be released November 16.

The first track from both projects is titled "When Bad Does Good." Vicky Cornell says it came from her husband's archives.

The box set will contain 11 unreleased tracks. Both projects will include his solo work as well as music made with Audioslave, Soundgarden and Temple of the Dog.

Vicky Cornell says the album is for his fans and she wanted to remind people of all different aspects of him — "the friend, husband and father, the risk taker and innovator, the poet and artist."

Chris Cornell died at 52 on May 18, 2017 and his death was ruled a suicide. Autopsy reports showed that he had sedatives and an anti-anxiety drug in his system, but that the drugs didn't contribute to the cause of death.

In February, Vicky Cornell said she believed the drugs were a factor and that her husband "loved life."

"He would never have ever left this world," she said. Vicky talked about Chris' close relationship with his children and said, "Our family was his everything. As soon as he got off stage, he was a dad, he was a regular dad." 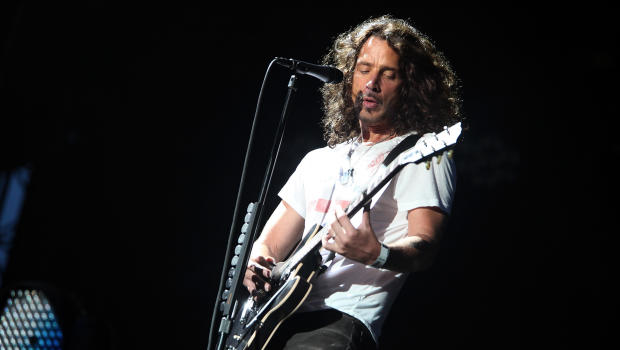