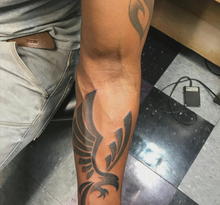 Actor Shemar Moore made a name for himself playing Derek Morgan on the CBS series "Criminal Minds." Moore now stars as Sgt. Daniel "Hondo" Harrelson, the leader of a specialized tactical unit in Los Angeles, in the hit CBS show "S.W.A.T."

He told "CBS This Morning" the role meant so much to him, it inspired a tattoo on his forearm.

"I'm not going to put my whole resume on my body…but this one is not just for Hondo and what he does on the show…but it's also for me, it's an achievement to be the lead of such a powerful show, 25 years in the game. To get this opportunity, I'm so grateful. But the eagle in my own personal life, it just represents how high you can soar, how high you can fly. Dreams are possible, keep striving for the top," Moore said.

"S.W.A.T." is a remake of the 1975 series by the same name. But today's version features a much more diverse cast, something Moore is particularly proud of.

"But what's really cool is not only the faces that you see on the screen are very diverse, but the stories that we're talking about are very diverse. Our show touches on 'Black Lives Matter,' human trafficking, cyber bullying, and immigration. But we're not a preachy show. Clearly, we're an action-packed thrill ride so we're first fun and just a good time and you hate the commercials and can't wait to see the show. But if you pay attention to the content, we're not preachy. We're not a political show, but we are talking about 2017, 2018, and beyond." 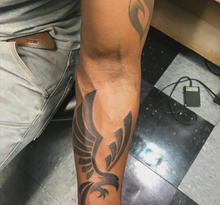