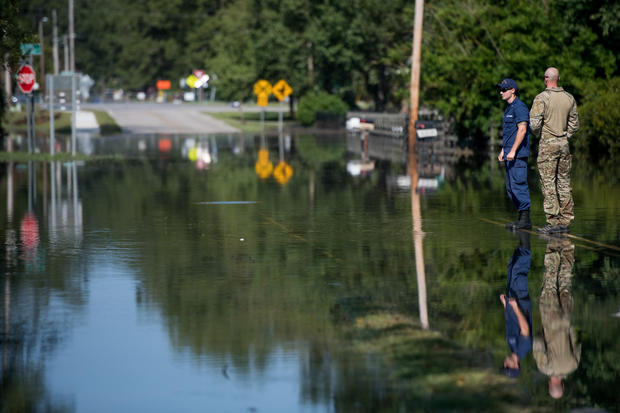 CONWAY, S.C. — Floodwaters from Hurricane Florence are raising fears as rivers continue to spread beyond their banks. On Friday afternoon, a dam was breached at a North Carolina Duke Energy plant. Environmentalists worry the toxic coal ash stored there could spill into the Cape Fear River.

A week after the storm hit, thousands in South Carolina are under new evacuation orders and some of the stranded in Mullins, had to be rescued by helicopter.

Downstream in Conway, the only way to reach Tim Landrum's neighborhood is by boat. He said it's the third time in the last four years the Waccamaw River has flooded, and this time, it's rising quickly.

The military and its contractors are racing to build a temporary dam along highway 501, using concrete barriers and large sand bags because if the river floods, the town would be virtually cut off.

That's what happened in Wilmington, North Carolina, after the storm. The waters there have now receded, but only after flooding homes like Mary Mosely's. She told CBS News she doesn't have flood insurance.

That's the unfortunate reality for many of the millions impacted by Florence. Less than 340,000 have flood insurance in North and South Carolina combined. For people like Mosely, the cost of a flood policy can simply be out of reach.

FEMA encourages anyone who suffered damage to register for assistance. In South Carolina, they won't be able to assess the total damage for days. The river isn't expected to crest until early next week, and could reach three feet above record stage. 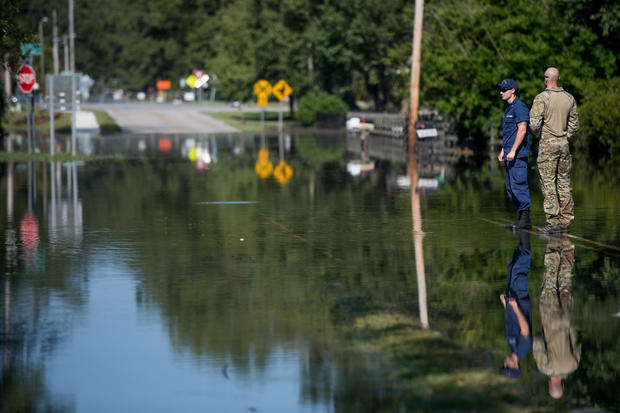