"Veronica Mars," the noir mystery drama that put Kristen Bell on the map, is coming back. Bell said in a video on Thursday that a reboot is in the works after announcing that the the original "Veronica Mars" series is coming to Hulu.

"Did you guys know that as of summer 2019 all the old 'Veronica Mars' episodes will be available on Hulu to stream and rewatch? Which is great because you'll need to brush up since we're making another one!" said Bell.

The reboot, starring Bell, will also be on Hulu, with eight new hour-long episodes focusing on a single mystery. The original show aired from 2004 to 2007 on UPN and the CW for three seasons altogether. "Veronica Mars" focused on an outcast high schooler of the same name who solves mysteries in the town of Neptune, all while recovering from the death of her best friend. Veronica's single father is a private investigator who is also ostracized in town.

The show was a cult hit. Veronica was Bell's breakout role. In 2013, Bell and series creator Rob Thomas raised money from a Kickstarter campaign to fund a "Veronica Mars" feature film. The movie was released in 2014 and took place 10 years after the show ended.

Thomas will join again. He tweeted that fans shouldn't expect a similar vibe to the "Veronica Mars" movie. He also revealed that the reboot will take place five years after the film.

He said, "I will say this: the movie was nostalgic. The Hulu limited series isn't going to be. Hardcore So-Cal noir. One big case. Eight episodes to tell the story. This is a detective show."

Thomas dropped more hints about the show: "Like THE THOUSAND DOLLAR TAN LINE, the mini-series will be set against a Spring Break backdrop, but TDTL is NOT the story we're telling. We're five years after the movie. Books are 98% canon. Pony is included. Marcia Langdon is police chief. Spoiler: Neptune finally incorporated." ("Thousand Dollar Tan Line" is a Veronica Mars mystery book that Thomas wrote.) 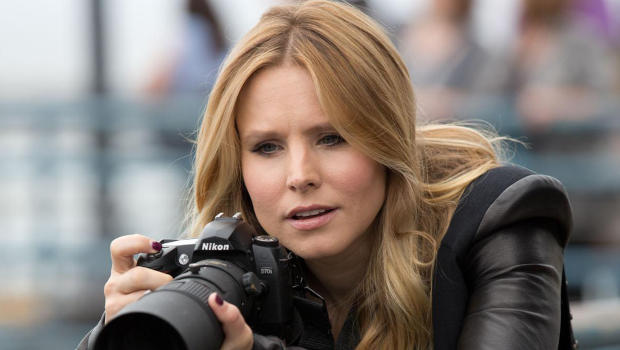 Review: “If the Dancer Dances,” on recreating a Merce Cunningham masterwork