On Friday, Google celebrated the 51st anniversary of the day Fred Rogers taped the very first episode of his classic children's TV show, "Mister Rogers' Neighborhood." The stop-motion animated Google Doodle video recreates the opening to the show, with Rogers' voice singing his iconic opening song, "Won't You Be My Neighbor?" The video closes with children at home watching "Mister Rogers' Neighborhood" on TV.

The video also shows a diverse group of children with Rogers, including a child in a wheelchair. Rogers, an ordained minister who studied early childhood education and music composition, was known for celebrating diversity on his show, which was groundbreaking at the time.

"Mister Rogers' Neighborhood" premiered on PBS in February 1968, when the civil rights movement was in full swing and tensions following desegregation were high. Rogers hired actor and singer François Clemmons to play Officer Clemmons. Clemmons broke ground by becoming one of the first African-Americans with a recurring role on a children's TV series. During a 1969 episode, at a time when some swimming pools were still segregated, Rogers invited Clemmons to cool his feet in a plastic pool outside with him.

Clemmons told "CBS Sunday Morning" of the moment, "I thought it was 'Civil Rights Light,' that pool of water was so insignificant. I didn't quite get the impact of the symbolism, that so many people would see it and totally understand it."

Clemmons recalled, "He walked around with me and showed me the tree, the clock, the castle. And I thought, well, all that's well and good, but there was a part of me thinking, what does that have to do with me? I'm a ghetto boy! I grew up in Youngstown, Ohio, the steel mill. Guys that I grew up with gambled. They drank. They did other things that were not so positive, but they didn't play with puppets." Clemmons said one day, he understood Rogers' message.

The recent documentary "Won't You Be My Neighbor?" explored Rogers' life and career. Filmmaker Morgan Neville said of Rogers, "I think what he was trying to do is teach us how to be human. This new medium was coming, television. He recognized something from the moment he saw it, that many generations of children were going to be raised by this thing, and that somebody had to use that as a tool to help children."

Rogers died in 2003. Neville says the TV personality's gentle message of tolerance and love is more necessary today than ever. 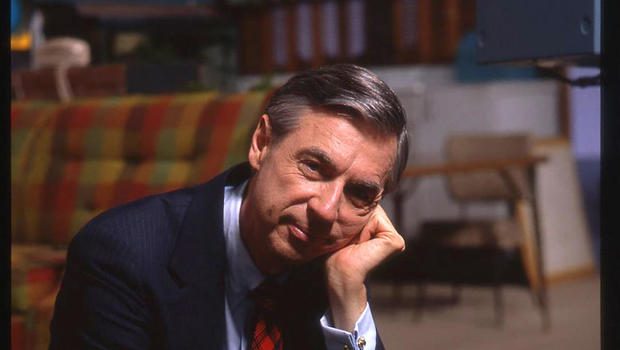