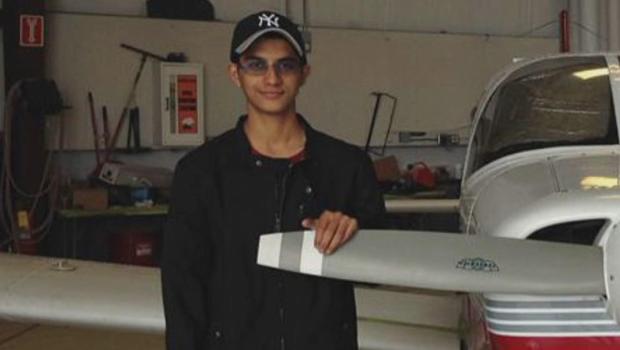 A 22-year-old Florida college student is in custody after a security breach at the Orlando Melbourne International Airport. Nishal Sankat was charged with "criminal attempt to steal a plane" Thursday.

"There obviously seemed to be some planning involved," said Lori Booker, spokesperson for the airport.

Florida police are trying to determine what Sankat was planning to do after he boarded a commercial airliner undergoing maintenance early Thursday morning, reports CBS News correspondent Tony Dokoupil.

Sankat was a part-time student at the Florida Institute of Technology studying aviation management. According to the FAA, he had received a commercial pilot's license in January, but he was not qualified to fly this type of plane.

"If he was a student pilot from the area, he would be familiar with the air field," Booker said.

Authorities say the student pilot drove to the curb outside the airport around 2 a.m. and left his car running. He then hopped a barbed-wire fence and boarded an American Airlines plane sitting near a hanger.

But after he was dragged from the plane, he broke free, running back toward the jet. Soon after police took him into custody.

"Within two minutes of creating a problem, we stopped this guy from getting in the air," Booker said.

This is the latest security breach involving a commercial airliner. Last month, a luggage handler died after taking control of an empty jet at Seattle-Tacoma International Airport. He conducted a number of dangerous maneuvers before crashing.

Sankat, from the Republic of Trinidad and Tobago, was studying in Florida on a visa. He was not armed at the time but police searched his car for explosives before towing it away.

"We're obviously going to review all our security. You can rest assured that we believe that in this instant, our security worked just fine," Booker said.

Police said they searched Sankat's home and confiscated his electronics, but at this time, authorities said there is no evidence to indicate a connection to terrorism. 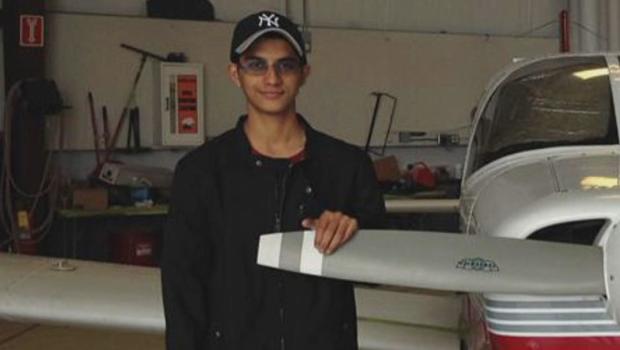