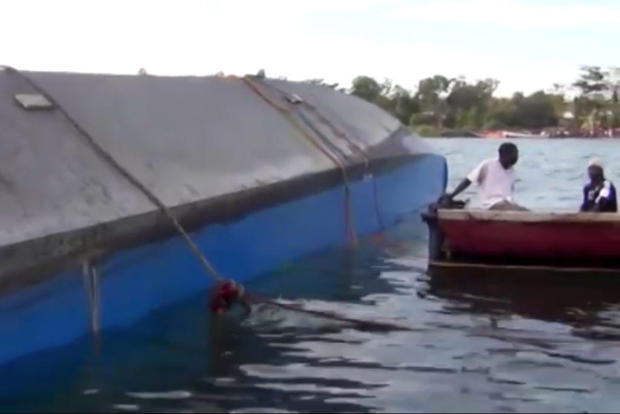 The search for more victims of a ferry boat tragedy in Tanzania will resume at first light Saturday. Officials said more than 130 people were killed when the overcrowded boat capsized.

So far, it's a rescue operation with very little good news. There were a few dozen survivors, but or the most part, emergency workers have pulled one dead victim after another out of Lake Victoria.

On shore, concerned relatives gathered on the scene to search for loved ones. Many are still missing, feared drowned.

The ferry only had the capacity to transport 100 people, but it was dangerously overloaded with up to three times that number of passengers. This proved to much for the aging boat, which capsized on Thursday just before it docked.

Deadly maritime disasters have become all too familiar in Tanzania, and overcrowding is often the cause. In 2012, 145 people died when a packed ferry sank en route to Zanzibar. A year before, 200 hundred people died in a similar incident. This disaster will ignite memories of more than twenty years ago when over 800 people died after a ferry capsized in the very same waters of Lake Victoria.

Tanzania's president has ordered the arrest of the ferry operator and declared four days of mourning. But it's little comfort for relatives who watched as the line of bodies brought to shore kept on growing. 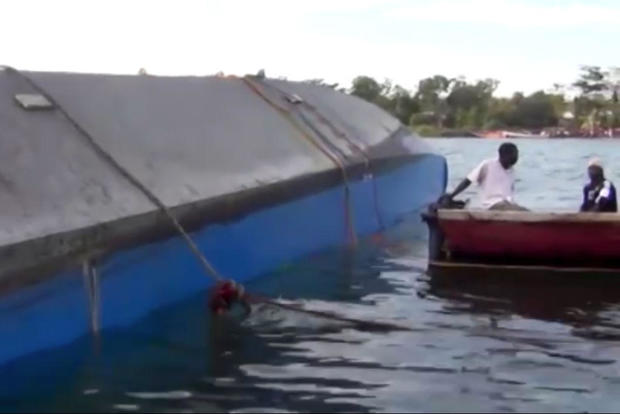