Just a day before the release of late music legend Prince's new album, "Piano & A Microphone 1983," his estate and Warner Bros. have dropped the artist's first new original video since his death in 2016. The video for Prince's rendition of the 19th century spiritual "Mary Don't You Weep" takes on the tragic toll of gun violence in America.

Filmmaker Salomon Ligthelm directed the video, which focuses on the impact of gun violence on American youth. In a statement, the Prince estate said, "The video pays tribute to the nearly 1,300 children that die and 5,790 that are treated for gunshot wounds each year in the United States alone.It puts the effect of what happens when a mother and a community lose a son under the microscope, exploring the agony, the resolve and ultimately hope for change."

Prince spoke out against gun violence during his lifetime. In 2015, he released "Baltimore," a tribute song and video to Freddie Gray, a black man whose fatal spinal cord injury in police custody triggered massive protests that year and the city's worst riots in decades. He also held a concert called "Rally 4 Peace" in Baltimore that year on Mother's Day, and asked attendees to wear gray to remember the slain man.

At "Rally 4 Peace," Prince gave a speech and said, "The system is broken. It's going to take young people to fix it. We need new ideas, new life …" The video for "Baltimore" ended with the same quote; the new video for "Mary Don't You Weep" begins with that quote, and ends with another quote by Prince: "Compassion is an action word with no boundaries."

The video follows the death of a young man, and the effect it has on his loved ones. Watch it below.

"Piano & A Microphone 1983," from Prince's storied vault, will be released Friday on CD, vinyl and digital formats. The album features Prince working through nine tracks in a private rehearsal, recording at his now-demolished home studio in the Minneapolis suburb of Chanhassen.

Among the songs are "17 Days," Joni Mitchell's "A Case of You," "Strange Relationship," "International Lover" and "Purple Rain," the title song of Prince's 1984 hit movie. In April, Prince's estate released a long-lost 1984 studio recording of the artist performing his version of "Nothing Compares 2 U." 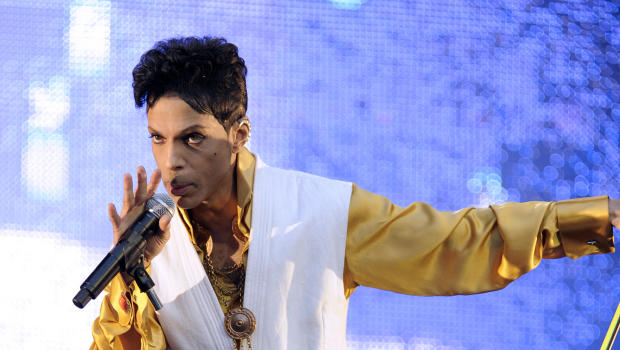 If you have to travel this Thanksgiving, do this

The Grateful Dead and the evolution of concert sound