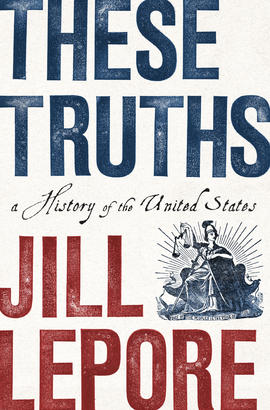 CBS News September 20, 2018, 3:10 PM In "These Truths," Jill Lepore looks at the history of America's polarization

Historian and best-selling author Jill Lepore found herself wishing there was a book that covered the history of the U.S. and reminded readers that the political polarization of today is really nothing new. So she wrote it.

In her new book "These Truths," Lepore takes on the task of tracking the nation's story starting with Christopher Columbus's voyage and continuing to the Civil War, the Civil Rights Era and President Trump's election in 2016.

"It's worth pulling back and trying to look across the centuries at the origins of these patterns and how people got out of similar jams in the past. So, that's one of the reasons I wanted to try to cover the whole sweep of American history, in all its contradictions and complexities," Lepore told "CBS This Morning" on Thursday.

Partisanship and congressional in-fighting has been going on for centuries. As "CBS This Morning" co-host Norah O'Donnell pointed out, congressmen were fighting each other with canes in the 1800s. But, as Lepore explained, there is a reason today's polarization feels different.

"I think what's different about our contemporary moment of polarization is that the polarization we're experiencing now was very particularly built by political consultants in the 1970s and 1980s really trying to get people out to vote over these emotional issues, guns and abortion," Lepore said. "That was the work that was done by political consultants, for short-term, let's win this election next week."

The practice of building momentum around emotional issues reached a new level with the advent of the internet. It meant that what political consultants once built by hand could now be automated.

"Especially after the rise of social media, that polarization really is now done by automation. It's very difficult to figure it. I think so many people of great good will would like the country to be less polarized, would like to have conversations across partisan divisions … But it's very difficult to do because of the way the internet was opened up in a wholly unregulated way," she said.

Lepore also sought to write a history of the United States that integrated women's roles and contributions that are often excluded from books about political history.

"If you don't pay attention to women in the history of American politics, what you miss is a really crucial part of our political style which is the female crusade, the moral crusade. Because women were denied the vote for so long that the way that they acted politically was to crusade," she said. "They brought that Evangelical fervor to the abolitionist movement and slavery, a moral crusade that women and men won. They brought it to the women's rights movement. In the 20th century, though they also brought it to Phyllis Schlafly's campaign against the ERA [which] was a moral crusade. It's actually, in the 20th century, been often conservative."

Lepore's original intent was to end her book with the inauguration of Barack Obama. Then Donald Trump got elected.

"It's really tough because the inauguration of Barack Obama – it's dramatic, it's a great ending. Whoever you voted for … something is solved about the American agony of racial bondage and discrimination, segregation there or seems to be solved at that moment … But when the election happened in 2016, it just seemed to me a dereliction of duty to not cover that election." 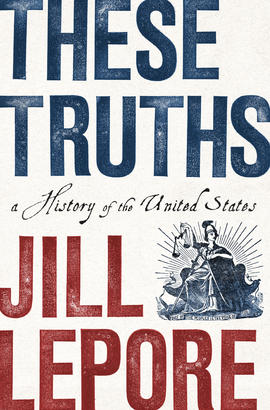