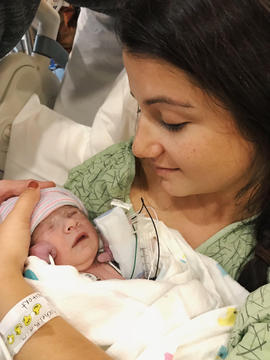 Geoff and Rachel Finn were ecstatic to learn they were expecting a new baby when they got the news no parent ever wants to hear. Their daughter had rare congenital heart defects that meant she would unlikely survive after birth.

"That was incredibly difficult," Rachel said. "I could just see the ultrasound technician's face completely change. We knew there was something wrong right away just by the look on her face."

Their little girl, Ivy, was diagnosed with hypoplastic left heart syndrome. Her heart wouldn't be able to pump oxygen to her body. She also had a condition called intact atrial septum, worsening her case.

But doctors told the Finns there was an experimental surgery, never before performed while still in the womb, that might give Ivy a chance.

"I was just very thankful that there was something that we could attempt," Rachel said.

Last month, the Finns moved from their home in Jacksonville, Florida, to Houston where Ivy could receive care at Texas Children's Hospital.

"It was pure joy," Rachel said. "They placed her on my chest as soon as she was born and she came out screaming and that was something we weren't sure we'd ever hear and so it was amazing."

Ivy had her first open-heart surgery on Thursday — one of three that are planned.

"I mean, our faith is what's been, what's gotten us this far and just holding onto hope knowing that, you know, this life isn't everything, and so we're just thankful for the time we've been given so far," Rachel said. "We pray that we have many, many years ahead of us with her."

The Finns said Thursday that Ivy's first surgery was successful. She's back in the ICU, recovering and preparing for her next journey. 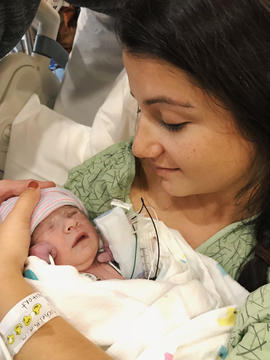