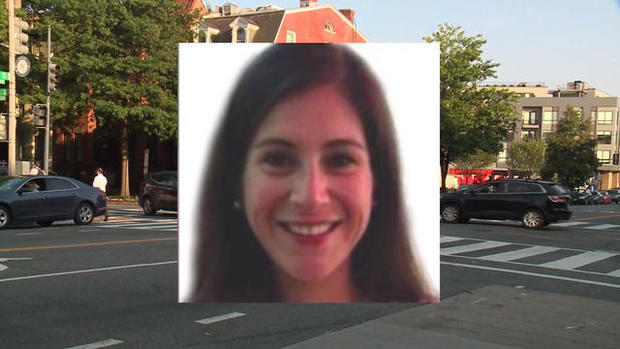 WASHINGTON, D.C. — Police have made an arrest in the murder of a woman who was killed while jogging in Washington, D.C. Tuesday night. Washington Metropolitan Police say 23-year-old Anthony Crawford of Northwest D.C. was detained for questioning late Wednesday night in a park at 14th and Girard Street in northwest Washington in the fatal stabbing of 35-year-old Wendy Karina Martinez. He was later arrested and charged with first-degree murder while armed.

Video captured the moments after the Georgetown alumna was stabbed in what police chief Peter Newsham called an "unprovoked" attack while she was running near 11th and P streets northwest, and she managed to stumble into a nearby restaurant for help. The restaurant's manager, Tommy Wu, showed CBS News correspondent Chip Reid surveillance video of the incident, which appears to show an injured Martinez collapsing as patrons rush to her aid.

Newsham said patrol officers who were familiar with the community, with the help of citizen tips, identified the person of interest pictured in the video. Newsham said Crawford lives in northwest Washington and has a criminal history.

The motive in the attack remains unknown. Newsham said there was no robbery and no apparent confrontation before the attack, which he said happened "very quickly." He said police will probe whether Crawford has any mental health of substance abuse issues.

The random attack in the typically safe residential neighborhood shocked the community.

"I think that this is very unsettling for anyone who lives in this city," Newsham said. "This is a very isolated instance — you don't see crimes like this very much, even in the course of my career. It's a very unlikely thing that occurred at this intersection, but at the same time, I'm sure that doesn't bring any level of comfort to the Martinez family."

D.C. mayor Muriel Bowser said tips from the community were crucial in arresting the suspect.

"This is an outraged community — this is a woman who should be going to work today," Bowser said. 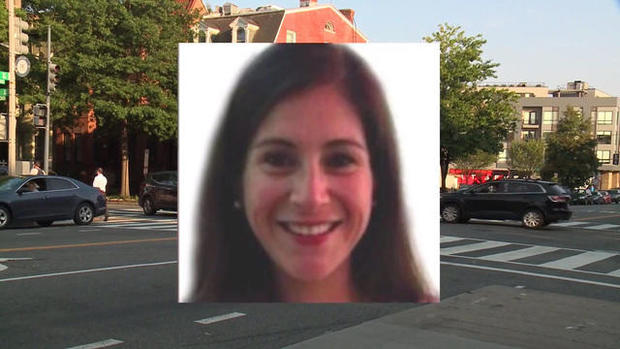 Denver will hit 80 degrees, then snow a day later