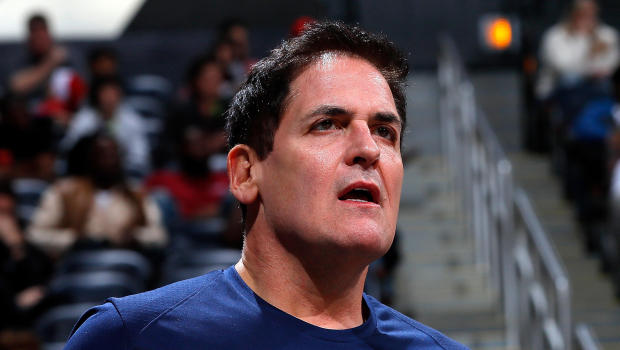 The NBA also announced Wednesday that it would require staffing, reporting and policy changes for the Mavericks seven months after a Sports Illustrated report detailed years of examples of a hostile workplace for women on the business side of the operation. No allegations were said to have occurred on the basketball side of the organization.

Ussery worked for Cuban for 15 years and was investigated by the Mavericks over similar allegations in 1998, two years before Cuban bought the team. The league investigation was conducted by lawyers from outside law firms, and determined Cuban wasn't aware of Ussery's actions, which the investigators determined included inappropriate comments, touching and forcible kissing.

Ussery has denied the misconduct. He spent 18 years with the team before going to the sports apparel company Under Armour in 2015, a job he left after less than six months.

The investigation also substantiated improper workplace conduct by former Mavericks ticket sales employee Chris Hyde, including inappropriate sexual comments, viewing and sharing of pornography, unwanted sexual advances and violent and threatening outbursts towards co-workers. It also confirmed an incident in which a used condom fell out of his pants leg at the office in 2011.

While the report found Cuban did not know about the majority of Hyde's misconduct, it said he was notified of several problematic incidents, and Ussery forwarded a video of the condom incident to Cuban. According to the report, Cuban replied, "Don't make a bigger issue out of it than it is."

Cuban told Ussery to send Hyde a letter indicating his behavior was inappropriate and that another incident would result in termination, but the letter was never sent, the report found.

Cuban made a "significant error in judgment" by not firing Hyde for that incident, an investigator said.

The incident was among several that "should have prompted Cuban to engage his management team, both to seek their counsel and to learn the full scope of Hyde's behavioral issues," the report found. "Cuban did not do so, and his piecemeal involvement in Hyde's discipline contributed to Hyde's lengthy tenure with the organization."

Hyde was terminated in 2014 at Cuban's request after he allegedly acted inappropriately towards a female employee, the report said.

In addition, the report substantiated two acts of domestic violence by former Mavs.com reporter Earl Sneed, including one incident against a female co-worker.

Sneed and former human resources director Buddy Pittman were fired in the wake of the Sports Illustrated report, which included allegations that executives weren't responsive when women complained of workplace violations.

The investigation also determined the Maverick's management was ineffective, which permitted workplace misconduct to flourish. It found the Mavericks executive leadership team committed a significant error by keeping Sneed on following his domestic violence incidents, and that the team was responsible for allowing Hyde to keep his job despite inappropriate and problematic behavior.

Cuban asked two former prosecutors to investigate the complaints and the franchise's workplace practices. The 43-page report by Anne Milgram, the former Attorney General of New Jersey, and Evan Krutoy, a former prosecutor in the Manhattan District Attorney's office, was based on information gathered from 215 interviews with current and former Mavericks employees and the review of more than 1.6 million documents, according to the NBA.

The investigators found "sufficient, credible evidence" to support allegations made against Ussery by 13 female employees between 2000 and 2015. Many of the women gave investigators detailed descriptions of the incidents and told colleagues about the misconduct when it occurred, the report found. Investigators also uncovered "common threads" between the allegations, at times between women who do not know each other, including that two former employees and a current employee who all said Ussery "subtly made a swirling motion with his finger when his hand was on them."

The investigators also found the accounts of two unidentified women who came forward during a 1998 internal investigation of Ussery to be credible.

Soon after the SI report, Cuban hired former AT&T executive Cynthia Marshall as CEO. The NBA made note of that and other staffing changes the Mavericks had already implemented, and employees described a "sea change" in the professional environment almost immediately following the publication of the Sports Illustrated article, the investigation found.

"The findings of the independent investigation are disturbing and heartbreaking and no employee in the NBA, or any workplace for that matter, should be subject to the type of working environment described in the report," NBA Commissioner Adam Silver said in a statement. "While nothing will undo the harm caused by a select few former employees of the Mavericks, the workplace reforms and the $10 million that Mark has agreed to contribute are important steps toward rectifying this past behavior and shining a light on a pervasive societal failing – the inability of too many organizations to provide a safe and welcoming workplace for women."

The investigation was clearly embarrassing to Cuban. The normally outspoken star of the TV show "Shark Tank" at one pointed earlier this year conceded he could not explain to fans how such a hands-on billionaire could be unaware of such explosive allegations on the business side of his operation. It also came as his team struggled again, missing the playoffs with a losing record for the second straight year.

The NBA said it has reviewed its existing policies related to respect in the workplace since the publication of the Sports Illustrated article, and required all teams to do the same. 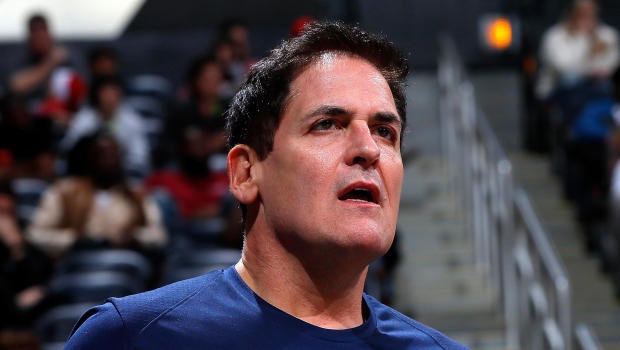