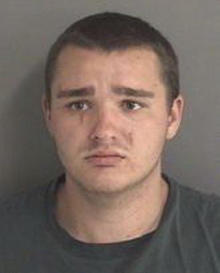 CBS News September 19, 2018, 7:25 AM Family of champion golfer slain in Iowa speaks out after her murder

A homeless man has been charged with the murder of a college golf star in Iowa. Police say Celia Barquin Arozamena, an Iowa State University student and the European Ladies Amateur Champion, was killed in broad daylight by a random act of violence on Monday. Her death marks the second high-profile murder of a college student in the state this year.

Another golfer called 911 when he found her clubs abandoned in the middle of a local fairway. The 22-year-old's body was then found at about 11 a.m. in a pond near the ninth tee at Coldwater Golf Links. She had been stabbed in the torso, head, and neck.

"She was so happy. She just had this great light about her," said Barquin's coach Christie Martens who said her teammates are struggling with the news. "She was really close with them…. She's really special to me. And I really, I love her a lot."
Collin Daniel Richards, the 22-year-old murder suspect, briefly appeared in court Tuesday with apparent scratches on his face. He's charged with first degree murder.

Police say a K-9 tracked the victim's scent to a nearby homeless camp where Richards was staying. They recovered a knife and two pairs of bloody shorts. A witness also said the suspect, who was released from prison in June, allegedly talked about "having an urge to rape and kill a woman."

In Barquin's home town in Spain, women wept in the streets and flags flew at half-staff. Her brother Andres spoke about the family's grief, saying, "We are all together, trying to put ourselves together."

Barquin is the reigning Big 12 champion and Iowa State's female athlete of the year. She was due to graduate with a degree in civil engineering. Barquin took three classes taught by Jim Alleman, who remembered her dedication to her schoolwork.

"She was sincere about her education. She wasn't just here to play golf," Alleman said.

Richards' defense attorney says his client will plead not guilty, according to the Des Moines Register. Iowa State had planned to celebrate Barquin and her athletic achievements at a football game on Saturday. That ceremony will still be held, but now it will be a memorial. 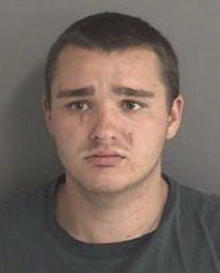