Jessica Simpson and Eric Johnson are expecting baby No. 3. Although the star revealed last year that she had an IUD and was done having children, it appears she's had a change of heart.

On Tuesday, the 38-year-old posted photos of her children, daughter Maxwell, 6, and son Ace, 5, from a gender reveal and wrote, "This little baby girl will make us a family of five. We couldn't be happier to announce this precious blessing of life." The photo shows pink balloons floating from a larger balloon.

Simpson also showed off a photo of her baby bump in another snap.

In April, Simpson did hint to ET that she wanted another baby. She said, "My daughter is about to turn 6, May 1 is her birthday, and my son is going to turn 5 on June 30 and it's just like, 'Wait, so this is no longer toddler, this is full-on kid.' My daughter [already] thinks she's a teenager. My son at least wants to be a baby still."

"We always practice," Simpson added of having another baby. "But it would definitely have to be a miracle."

But last year, on "Ellen," Simpson said, "We got an IUD, nothing's gonna get in that uterus."

Last year, Simpson talked to "CBS Sunday Morning" about her fashion empire and said that working on her brand and raising her family has kept her out of the recording studio.

She also said one thing she does not appreciate about being pregnant is fat-shaming by tabloids. She talked about her first pregnancy and the unflattering press and said, "It's like, 'I'm pregnant! How could I be fat-shamed?' OK, that makes sense. It's not fair. I deserve a f****** donut!"

Simpson and Johnson, a former NFL player, have been married since 2014. 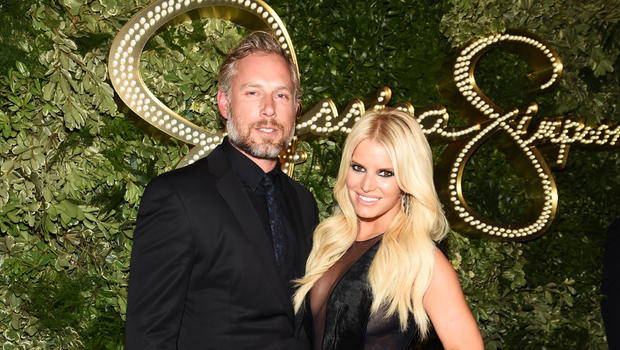