SpaceX founder Elon Musk is poised to unveil new plans to launch the first "private passenger" on a moon mission using the company's promised BFR rocket. His announcement Monday evening comes just a few months shy of the 50th anniversary of Apollo 8, the December 1968 mission that sent the first humans beyond low-Earth orbit and on to the moon.

No other details were provided. It's not yet known who the passenger might be, how much, if anything, he or she might be paying for the out-of-this-world trip or when the citizen-astronaut might take off on his or her mission.

It's not known whether SpaceX plans a lunar orbit mission or will instead launch the passenger on a flight to simply loop around the moon and return to Earth using a so-called "free return" trajectory.

"SpaceX has signed the world's first private passenger to fly around the Moon aboard our BFR launch vehicle — an important step toward enabling access for everyday people who dream of traveling to space," SpaceX tweeted last Thursday night. "Find out who's flying and why on Monday, September 17."

A second tweet reminded readers that "only 24 humans have been to the Moon in history. No one has visited since the last Apollo mission in 1972."

Overnight Sunday, Musk tweeted two artist's renderings of the BFR rocket taking off. A rendering released with the company's tweet last week showed the rocket passing by the moon.

NASA's Apollo 8 mission took off on Dec. 21, 1968, sending astronauts Frank Borman, James Lovell and William Anders on a flight to orbit the moon. That Christmas Eve, the crew famously read from the book of Genesis as they passed 60 miles above he lunar surface.

It was the first mission to send humans beyond low-Earth orbit, the first to put astronauts atop NASA's gargantuan Saturn 5 rocket and it is still considered one of the agency's most daring flights. To the outside world, however, the program's penultimate flight was the Apollo 11 moon landing in July 1969.

Five more Apollo crews flew to the moon before the program ended in 1972. No one has been back since.

NASA plans to launch astronauts on a trip into an orbit beyond the moon during the second flight of the agency's new Space Launch System rocket in the 2022 timeframe, nearly 55 years after Apollo 8.

The agency eventually plans to build a small space station in orbit around the moon that will serve as a technology testbed and jumping off point for descents to the lunar surface and, eventually, on to Mars.

Whether SpaceX hopes to beat NASA back to the moon with the BFR mission remains to be seen.

The company first promoted the idea of a privately-funded lunar flight in an announcement on Feb. 17, 2017.

"We've been approached to do a crewed mission beyond the moon from some private individuals," Musk said at the time, not providing the names or gender of those individuals. "And they're very serious about it. We plan to do that, probably in the fourth quarter of next year (2018). That would be on a Dragon 2 spacecraft and a Falcon Heavy rocket, which is due to do its maiden launch this summer."

The Falcon Heavy's maiden flight eventually slipped to February of this year and the Dragon crew capsule, currently under development to carry astronauts to and from the International Space Station, is now scheduled for its first unpiloted test flight date this year.

The first test flight with NASA astronauts on board is planned for next spring.

In any case, seven months after unveiling plans for the first private-sector piloted moon mission, Musk revealed a revised Mars strategy that included development of the BFR with the long-range goal of replacing the Falcon family of boosters with a single, more powerful launcher. 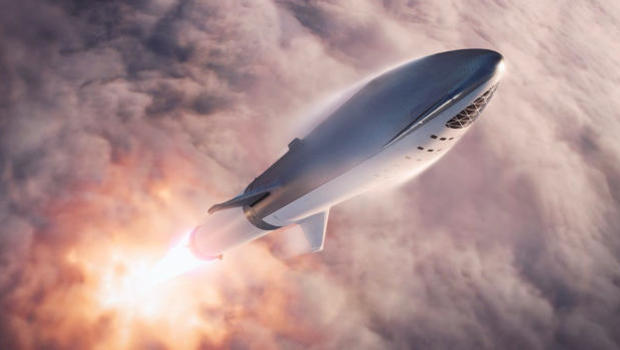 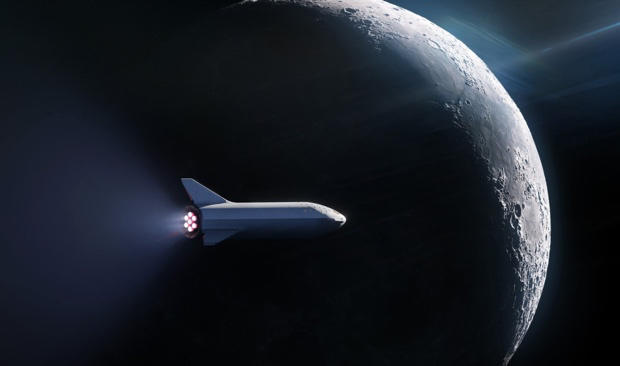 Congress’ big chance to help workers save for retirement