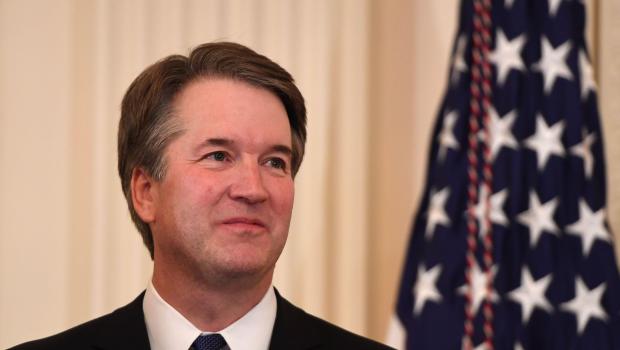 CBS News September 17, 2018, 5:37 AM Commentary: When selection of Supreme Court justice is about everything except judicial qualifications

The Brett Kavanaugh story is one reason why people hate politics.

In theory—and for most of American history—picking Supreme Court justices is pretty simple: Someone gets nominated, the Senate looks at the candidate's qualifications and experience, and if the individual is competent to serve, he or she is confirmed. That's what Senate Democrats did for Antonin Scalia and Republicans for Ruth Bader Ginsburg.

Competent? Not some fringe extremist? Boom—you're on the court.

We will never know what really happened at the teen drinking party in Montgomery County, Maryland in 1982. In fact, the accuser, Christine Blasey Ford, says she can't recall whose house it was and isn't certain about the date. What she does claim to recall—a story of alcohol, violence and sex–is extremely disturbing.

Brett Kavanaugh, who would have been around 17 years old at the time, insists it never happened. The other person Ford claims was involved, Mark Judge, adamantly denies it as well. "It's just absolutely nuts. I never saw Brett act that way," Judge told the Weekly Standard.

So what do to with this? A "He-Said-He-Said-She-Said" story from their teen years? These stories are difficult to sort out in their immediate aftermath. What to do with an alleged incident from the first years of the Reagan presidency? A story that, if true, centers around teenagers and alcohol?

If the question were, "Is Judge Kavanaugh qualified to sit on the Supreme Court of the United States," the conversation would be over. Based on what we actually know about him—13 years of court rulings and a thirty-year career of his treatment of co-workers, men and women alike—the answer is yes. Kavanaugh spent decades as a working adult, with zero accusations of sexual impropriety or physical abuse.

But the fight over Kavanaugh has nothing to do with his qualifications or his record. This is a bare-knuckle political battle being waged in the name of partisan politics. That's what Republican did when they refused to vote on President Obama's nominee Merrick Garland, and that's what Democrats are doing now. The only question is whether this last-second tactic to derail Kavanaugh's confirmation will work. If it doesn't, the Democrats will only have themselves to blame.

The Democrats' treatment of Kavanaugh has been abysmal. Sen. Cory Booker's "I Am Spartacus" theatrics, Sen. Kamala Harris's "Four Pinocchios" claims about Kavanaugh and birth control, the Left's pushing of a bizarre bit of cookery about a Kavanaugh staffer flashing a "white supremacist" symbol (the staffer's from Mexico and her Dad is Jewish)—it all creates a climate where this last-second accusation appears to be part of a coordinated smear strategy rather than a concerned citizen doing her civic duty.

And the Democrats' handling of the allegation itself adds to the Republicans' view that this is part of a plan. First, Sen. Dianne Feinstein sits on the letter for months. Then Democrats let the hearings go without a single question about it. It's not until after the hearings are over that Sen. Feinstein releases word of an "anonymous" letter, and not until the Sunday before the Senate Judiciary Committee's vote that the identity of the accuser is revealed.

As Ed Whalen, who writes the "Bench Memos" blog at the conservative National Review website tweeted: "If Dems knew claim was not credible/weighty but wanted to do everything they could to damage Kavanaugh and pander to their base, they would be doing exactly what they're doing."

And then there's the target himself.

Liberals may reject Judge Kavanaugh's jurisprudence and disagree with his originalist approach. That's a legitimate debate to have. But has anyone noticed that part of the debate is largely missing? Instead, the attacks have been based on politics and character: Kavanaugh is a "liar," he "can't be trusted," he's an alleged sex offender.

All this about a guy who is universally agreed to be as close to a goody two-shoes as Washington generates these days. He's a church-going "car-pool dad" who coaches two girls basketball teams. He's a lector in his church and volunteers in a meals-for-the-poor program. When a girl at his daughters' school lost her dad, he stepped up and now takes her to the annual Father/Daughter dance every year. His biggest vices appear to be that he drinks beer and watches baseball.

In the Washington of Clintons, Podestas, Manaforts and Trumps, Kavanaugh is almost too good to be true. And this is the guy Democrats are targeting for character assassination?

Republicans know this playbook all too well. They remember George W. Bush–who got 27 percent of the African-American vote when he ran for re-election as governor of Texas in 1998–smeared as a racist in the 2000 presidential race.

Republicans remember how Mitt Romney, The Mormon Boy Scout, was attacked as a sexist and accused of being responsible for a woman's death.

Even John McCain, the Left's favorite GOP senator, was accused of racism and "sowing the seeds of hatred and violence" during his race against then-Senator Barack Obama in 2008.

McCain, Romney, George W. Bush—Democrats tell us these are the "good" Republicans. And look how they were trashed. And as a result, many GOP primary voters decided in 2016 that if their banner-carrier is going to be slimed as a woman-hating bigot anyway, why not go with Donald Trump? If every Republican is going be portrayed the same way, why not pick a guy who will at least fight back?

And now, here we are again with Brett Kavanaugh, the longtime, well-known, vetted-six-times, girls-basketball-coach dad and father. Or as the Democrats want you to see him: drunken, would-be rapist.

Justice Ginsburg is right: This is a lousy way to pick Supreme Court judges. 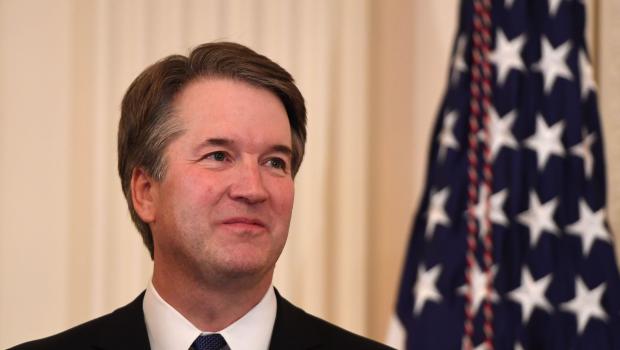