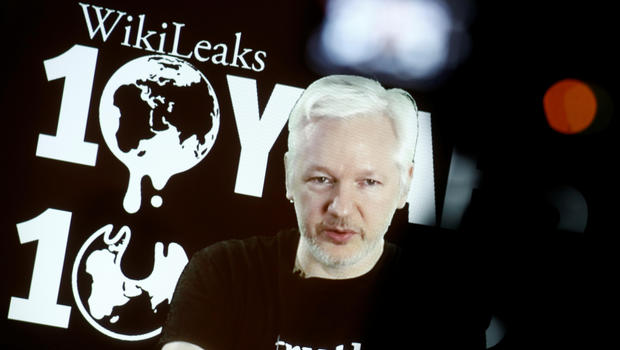 LONDON — Julian Assange had just pulled off one of the biggest scoops in journalistic history, splaying the innards of American diplomacy across the web. But technology firms were cutting ties to his website, WikiLeaks, cable news pundits were calling for his head and a Swedish sex crime case was threatening to put him behind bars.

Caught in a vise, the silver-haired Australian wrote to the Russian Consulate in London.

"I, Julian Assange, hereby grant full authority to my friend, Israel Shamir, to both drop off and collect my passport, in order to get a visa," said the letter, which was recently obtained by The Associated Press.

The Nov. 30, 2010 missive is part of a much larger trove of WikiLeaks emails, chat logs, financial records, secretly recorded footage and other documents leaked to The Associated Press.

The files provide both an intimate look at the radical transparency organization and an early hint of Assange's budding relationship with Moscow.

The ex-hacker's links to the Kremlin would become increasingly salient before the 2016 U.S. presidential election, when the FBI says Russia's military intelligence agency directly supplied WikiLeaks with stolen emails from Hillary Clinton's campaign chairman and other Democratic figures.

Representatives for Assange, who has been barred from internet access at his refuge inside the Ecuadorean Embassy in London, didn't return repeated messages seeking details about the visa bid. Kristinn Hrafnsson, a sometime-spokesman for the group, declined to comment, calling the AP's story "rather uninteresting." The Russian Embassy in London said it didn't discuss the personal details of visa applicants.

WikiLeaks has repeatedly been hit by unauthorized disclosures , but the tens of thousands of files obtained by the AP may be the biggest leak yet. The AP has confirmed the authenticity of many of the documents by running them by five former WikiLeaks associates or by verifying non-public details such as bank accounts, telephone numbers or airline tickets.

One of the former associates, an ex-employee, identified two of the names that frequently appeared in the documents' metadata, "Jessica Longley" and "Jim Evans Mowing," as pseudonyms assigned to two WikiLeaks laptops.

All five former associates spoke to the AP on condition of anonymity, in some cases because they didn't want their past association with WikiLeaks to become public, and in others because they feared legal retaliation or harassment from the group's supporters.

Among other things, the documents lay out Assange's campaign to avoid being arrested and extradited to Sweden over allegations that he sexually molested one woman and raped another during a trip to the Scandinavian country in August 2010.

Assange has always denied wrongdoing in the case, which he cast as a prelude to extradition to the U.S. The Swedish prosecution jeopardized what at the time was WikiLeaks' biggest-ever disclosure: the publication of around 250,000 U.S. State Department cables. Swedish authorities issued a warrant for his arrest on Nov. 18, just 10 days before the cables exploded across the web, with bombshell revelations about drone strikes in Yemen, American spying at the U.N. and corruption across the Arab world.

Italy's then-foreign minister, Franco Frattini, described the release as the "Sept. 11 of world diplomacy." Enraged American politicians demanded that Assange be treated like a terrorist.

Metadata suggests that it was on Nov. 29, the day after the release of the first batch of U.S. State Department files, that the letter to the Russian Consulate was drafted on the Jessica Longley computer.

The AP couldn't confirm whether or when the message was actually delivered, but the choice of Israel Shamir as a go-between was significant. Assange's involvement with Shamir, a fringe intellectual who once said it was the duty of every Christian and Muslim to deny the Holocaust, would draw indignation when it became public.

Shamir told the AP he was plagued by memory problems and couldn't remember delivering Assange's letter or say whether he eventually got the visa on Assange's behalf.

"I can't possibly exclude that it happened," Shamir said in a telephone interview. "I have a very vague memory of those things."

Shamir's memory appeared sharper during a January, 20, 2011 interview with Russian News Service radio – a Moscow-based station now known as Life Zvuk, or Life Sound. Shamir said he'd personally brokered a Russian visa for Assange, but that it had come too late to rescue him from the sex crimes investigation.

Russia "would be one of those places where he and his organization would be comfortable operating," Shamir explained. Asked if Assange had friends in the Kremlin, Shamir smiled and said: "Let's hope that's the case."

Shamir often makes eyebrow-raising claims (in the same interview he said that the U.S. offered Assange $100 million not to publish the cables), but it was true that any visa for Assange would have been moot.

On Nov. 30, 2010 — the date on the letter — Interpol issued a Red Notice seeking Assange's arrest, making any relocation to Russia virtually impossible. With legal bills mounting, Assange turned himself in on Dec. 7 and his staff's focus turned to getting him out of jail. One WikiLeaks spreadsheet listed names of potential supporters arrayed by wealth and influence; a second one titled "Get Out of Jail Free" tracked proposed bail donations and pledges for surety.

As they gathered money, Assange's allies also plotted what to do once the WikiLeaks founder was released.

"I will advise him to seek asylum abroad: we already contacted the Ministry of Justice in Brazil, there is a possibility to run out of the country in a Brazilian ship," Avila told fellow WikiLeaks supporters in a memo. The document said Assange should "plan to escape and pay the bail money back to his supporters."

Assange would eventually skip bail after exhausting his British legal campaign to block the Swedish extradition effort, darting into the Ecuadorean Embassy on June 19, 2012. The move frustrated the sex crimes prosecution, which was dropped last year, but it sparked a standoff that continues to this day, with Assange refusing to leave the embassy unless he is shielded from extradition to the U.S.

Assange's escape left many of his guarantors in the lurch. When a group of them went to court in late 2012 to reduce their bill, the escape plan went unmentioned.

A lawyer for four of Assange's supporters, Henry Blaxland, told the judge that Assange's Ecuadorean asylum stunt caught everyone off guard.

"Nobody could reasonably have foreseen that's what he would do," Blaxland said. 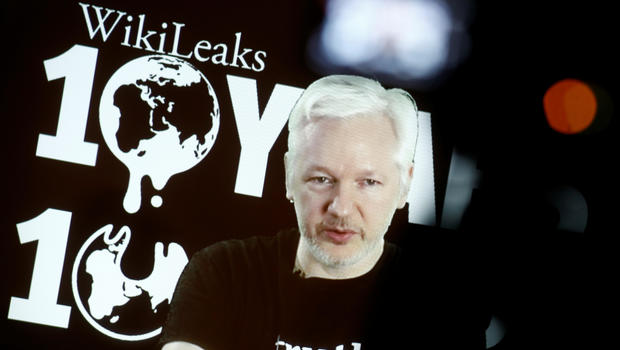