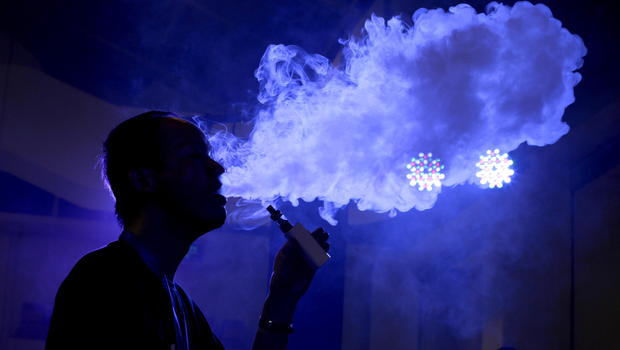 A school-based survey shows nearly 1 in 11 U.S. students have used marijuana in electronic cigarettes, heightening health concerns about the new popularity of vaping among teens.

E-cigarettes typically contain nicotine, but many of the battery-powered devices can vaporize other substances, including marijuana. Results published Monday mean 2.1 million middle and high school students have used them to get high.

Vaping is generally considered less dangerous than smoking, because burning tobacco or marijuana generates chemicals that are harmful to lungs. But there is little research on e-cigarettes' long-term effects, including whether they help smokers quit.

The rise in teenagers using e-cigarettes has alarmed health officials who worry kids will get addicted to nicotine, a stimulant, and be more likely to try cigarettes. Last week, the Food and Drug Administration gave the five largest e-cigarette makers 60 days to produce plans to stop underage use of their products.

Nearly 9 percent of students surveyed in 2016 said they used an e-cigarette device with marijuana, according to Monday's report in the journal JAMA Pediatrics. That included one-third of those who ever used e-cigarettes.

The number is worrying "because cannabis use among youth can adversely affect learning and memory and may impair later academic achievement and education," said lead researcher Katrina Trivers of the Centers for Disease Control and Prevention.

Students who said they lived with a tobacco user were more likely than others to report vaping marijuana.

It's unclear whether marijuana vaping is increasing among teens or holding steady. The devices have grown into a multi-billion industry, but they are relatively new.

Just last week, the FDA announced that vaping had reached "epidemic" levels among teens, and threatened to crack down on manufacturers if they don't come up with plans to reduce underage use.

"E-cigs have become an almost ubiquitous — and dangerous — trend among teens," FDA Commissioner Scott Gottlieb said in a statement Sept. 12. "The FDA is going to continue to work to find out why so many kids are using and abusing these products." His statement focused on the health risks of tobacco addiction and did not specifically address the use of the devices to vape marijuana.

In states where marijuana is legal, shoppers can buy cartridges of liquid containing THC, the chemical in marijuana that gets people high, that work with a number of devices. Juul, by far the most popular e-cigarette device, does not offer marijuana pods, but users can re-fill cartridges with cannabis oil.

Back in June, Juul executive Ashley Gould told "CBS This Morning" the company did not intend to attract teens to e-cigarettes and has changed its marketing approach.

"I will take the criticism that we should have known. I will take that criticism. But we know now. We're working very hard. And we are committed," Gould said.

The study published Monday was the first time a question about marijuana vaping was asked on this particular survey, which uses a nationally representative sample of students in public and private schools. More than 20,000 students took the survey in 2016.

A different survey from the University of Michigan in December found similar results when it asked for the first time about marijuana vaping. In that study, 8 percent of 10th graders said they vaped marijuana in the past year.

"The health risks of vaping reside not only in the vaping devices, but in the social environment that comes with it," said University of Michigan researcher Richard Miech. Kids who vape are more likely to become known as drug users and make friends with drug users, he said, adding that "hanging out with drug users is a substantial risk factor for future drug use." 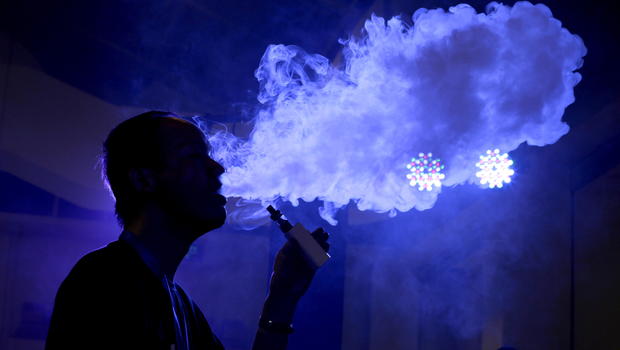