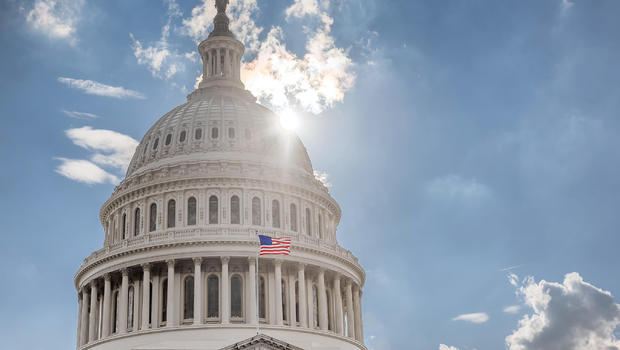 By Anthony Salvanto and Kabir Khanna

Several incumbent Democratic senators are trying to win re-election in states that typically vote for Republicans, among them Claire McCaskill of Missouri and Jon Tester of Montana, who are both locked in close contests with Republican challengers. New CBS News Battleground Tracker polling find Tester is up two points with likely voters over Republican Matt Rosendale, 47-45 percent in Montana, while in Missouri, McCaskill and Republican John Hawley are even in support among likely voters at 45-45 percent. Most supporters of all these candidates describe themselves as enthusiastic about voting this year.

In Montana, the candidates predictably split the voters who see a Senate vote as a chance to support or oppose President Trump, but Tester gains from getting more of the voters who say the president is not a factor. Jon Tester is helped by a majority 53 percent approval on handling his job as senator, and he enjoys a ten-point gap among registered voters on which candidate understands the needs and problems of Montana "a lot."

By two to one, Montana voters who see an impact from the president's trade policies in their area say that impact has been a negative one, and Tester also draws nine in ten of those voters. A plurality of 43 percent of Montana voters say the recent tax cuts haven't had much impact on them, but of those who have felt an impact, it has been more positive than negative. By almost three to one, those who see an impact from the Republicans' recent changes to health care laws say the change has been a negative one for them.

Turning to the race in Missouri, voters see national implications in the Senate race, as backers of both McCaskill and Hawley overwhelmingly say they want to help their party get, or keep, control of the Senate. Two-thirds of Josh Hawley's backers say their vote is at least partially to support the president, and two-thirds of McCaskill's say it is to oppose him. More of Hawley's voters say they are backing him primarily because he is a Republican than are McCaskill's voters backing her primarily because she is a Democrat; McCaskill's backers are relatively more likely to describe themselves as picking her on personal characteristics or issue stances, which might help explain her competitiveness in a state that Republican presidential candidates have usually carried easily.

Most Missouri voters give the president at least some credit for a local economy that they say is good. But fewer Missouri voters say they are satisfied with the way things are going in the country right now, despite that economy, and seven in ten describe the midterm election as about national issues more than local and state ones. In both Montana and Missouri, voters say they like how the president is handling economic policy at much higher rates than how he handles himself personally.

McCaskill holds an edge on handling health care, and in being seen as having "a lot" of understanding of Missouri's needs and problems. Hawley has an edge on issues of immigration and crime and gun policy. There may not be a lot of room for movement in the race, as few of their current supporters say they'd even consider the other candidate – merely six percent of McCaskill's and seven percent of Hawley's – though in a contest this tight, any who do reconsider will likely prove pivotal.

As with many Democrats across the country this year, McCaskill's fortunes might depend somewhat more heavily on voters who do not typically vote, or have not voted, in recent midterms. Twenty-two percent of her current supporters say they didn't vote in either of the last two midterms, as best they can recall, compared to 14 percent of Hawley's likely voters who describe their past turnout that way. 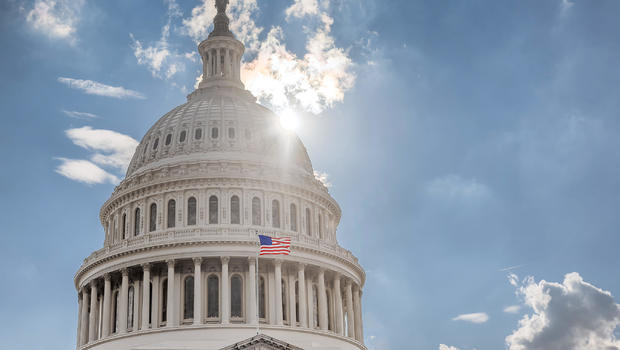 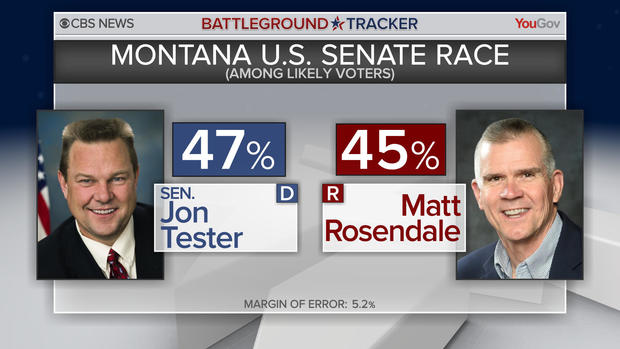 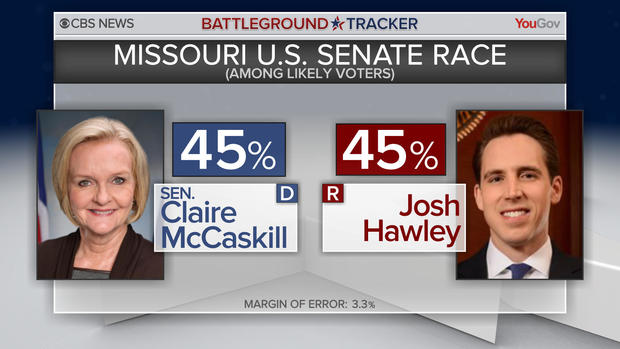