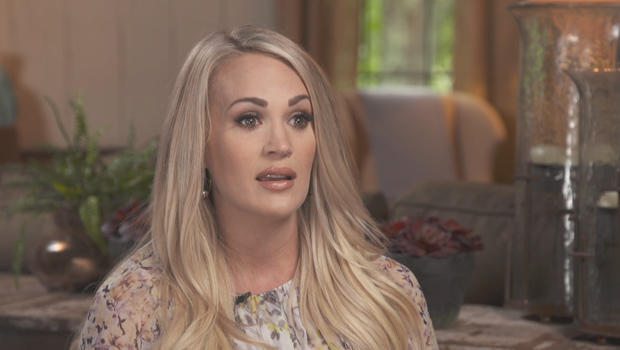 CBS News September 16, 2018, 9:37 AM Carrie Underwood on getting beyond three miscarriages, to joy

"Before He Cheats" was a huge hit for Carrie Underwood back in 2006, one of many. More recently she's faced, and overcome, a daunting series of misfortunes and disappointments. She talks with our Tracy Smith For The Record:

She's only 35, but Carrie Underwood has already had a lifetime of success. She's sold 64 million records and won seven Grammys, with a voice that's been called the best of her generation.

Smith met her last month at the high church of country music, Nashville's Grand Ole Opry, and the place was packed to the rafters.

"See, this makes me nervous – not you?" Smith said.

"You can go sing, if you want," said Underwood.

Underwood is expecting her second child, but she still did two shows that night, and as always, she managed to make it all look easy.

Smith asked, "Was there a point where you thought, 'This has gotta stop, like, this winning streak has to end at some point'?"

"I've had a good life, and you can't win all the time," Underwood replied. "You gotta have some downs to realize when you're up."

Her story began in the "single stoplight town" of Checotah, Oklahoma, population around 3,000. It's typical enough, except for that big green sign just off the interstate that reads, "Checotah, home of CARRIE UNDERWOOD American Idol 2005."

Underwood grew up here, the youngest of three girls.She's always loved animals, even helped build a local shelter, Happy Paws, where her mom Carole's a volunteer. "We don't have a bad dog here," Carole said. "We hardly have ever had a bad dog here."

Though she's been gone since 2001, it seems a part of her never left. When asked if there are things she's missed about Checotah, she replied, "Oh, yeah. I feel like this is the only place that my soul can rest.

Still, there was a world beyond Checotah. At Northeastern State University she sang a bit with a country music group, and majored in journalism, with her sights on a career in TV news.

But that all changed in the summer of 2004, when she tried out for "American Idol." Her mom, Carole, said, "I was hoping through 'American Idol' that at least she would get some face recognition, so she might get a job at one of the news stations or something in Tulsa."

That was the hope. And then, this happened:

Winning "American Idol" was like launching a country music moon-rocket. She made a hit album, and then a few more. She toured the world, and the awards started piling up.

She also got married, in 2010, to NHL hockey star Mike Fisher; had a little boy, Isaiah; started a workout wear line, Calia; and learned to enjoy her stardom, and all that went with it.

But just when it seemed that all was perfect, life threw her a curve. Last November she tripped outside her Nashville home, and landed on her face.

"You joke about it now," said Smith. "But it was how many stitches?"

But as bad as that fall was, it was almost trivial compared to the personal agony she endured last year, all while working on a new album called, appropriately enough, "Cry Pretty."

She told her fans she'd wanted to get the title track right because, "It speaks to a lot of things that have happened in this past year."

Smith asked, "What'd you mean by that?"

"Yeah. It happens. And that was the thing, in the beginning it was like, 'Okay, God, we know this is, just wasn't Your timing. And that is all right. We will bounce back and figure our way through it.' And got pregnant again in the spring, and it didn't work out.

"And throughout the whole process, you know, I'm writing and, like, literally right after finding out that I would lose a baby, I'd have a writing session, I'd be like, 'Let's go. You know, I can't just sit around thinking about this. Like, I wanna work, I wanna do this.'

"'Cause I would literally have these horrible things going on in my life, and then have to go smile and, like, do some interviews or, like, do a photo shoot or something, you know? So it was just kind of, like, therapeutic, I guess."

And, Underwood says, it could also be excruciating.

"This is what the song's about – that you put this face on for the world," said Smith.

"And sometimes you just can't," she laughed.

I'm sorry, but I'm just a girl
Not usually the kind to show my heart to the world
I'm pretty good at keeping it together
I hold my composure, for worse or for better
So I apologize if you don't like what you see
But sometimes my emotions get the best of me
And falling apart is as human as it gets
You can't hide it, you can't fight what the truth is
– "Cry Pretty"

Smith asked, "Was there a point when you're like, looking up, going, 'What are you doing to me?'"

"I had always been afraid to be angry," Underwood said. "Because we are so blessed. And my son, Isaiah, is the sweetest thing. And he's the best thing in the world. And I'm like, 'If we can never have any other kids, that's okay, because he's amazing.' And I have this amazing life. Like, really, what can I complain about? I can't. I have an incredible husband, incredible friends, an incredible job, an incredible kid. Can I be mad? No.

Then one night, after what she thought was another miscarriage, she says she prayed like never before.

"Mike was away just for the evening, and I texted him, and I was like, 'I don't really want to be alone, so I'm just gonna go snuggle with Isaiah.' And I don't know how I didn't wake him up, but I was just sobbing," Underwood said. "And I was like, 'Why on Earth do I keep getting pregnant if I can't have a kid? Like, what is this? Shut the door. Like, do something. Either shut the door or let me have a kid.'

"And for the first time, I feel like I actually I told God how I felt. And I feel, like, we're supposed to do that. That was like a Saturday – and the Monday I went to the doctor to, like, confirm, another miscarriage. And they told me everything was great!

Looking at her now, you'd never guess anything was ever wrong.

She'll go on tour this spring – hopefully, she says, with her new baby in tow.It seems Carrie Underwood waded through a year of despair, and found something beautiful.

"I feel like there's a lot of songs, there's several songs on the album that came from that, you know, or I connect with in a totally different way because of those experiences that we went through," she said. "And they were hard. And it sucked so much! But things are looking better."

To hear Carrie Underwood perform "Love Wins" from her album "Cry Pretty," click on the video player below: 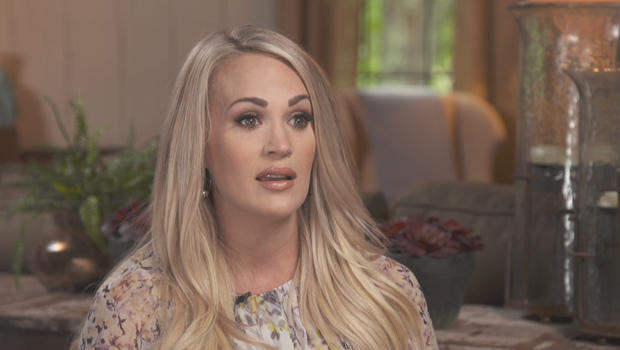 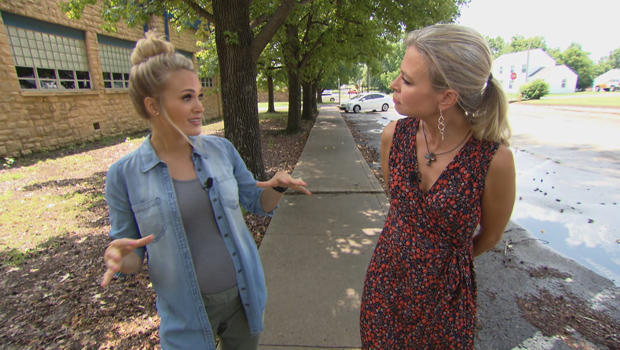 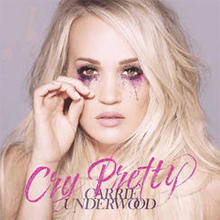