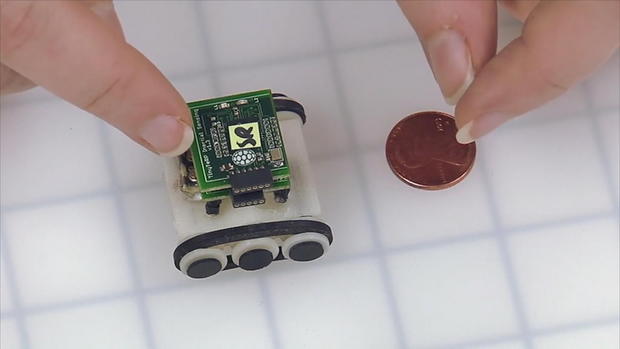 Today, American soldiers must be inches away to identify a chemical warfare agent or a homemade bomb. By next year, they'll be able to do that from as far as 100 feet away.

The development is part of Ed Dottery's mission to help keep our soldiers safe, and it's backed by the Pentagon's Defense Advanced Research Projects Agency, also known as DARPA.

From drones to digital assistants, a wide variety of tech innovations have one thing in common: they originated at DARPA, the agency tasked with seeing the future and making it real, reports CBS News' Kylie Atwood.

"The biggest threat right now is probably homemade explosives. If you think of fertilizer … that is what they are using today in Afghanistan to try and blow up our soldiers," said Dottery, the president and CEO of Alakai Defense Systems.

With the help of DARPA, the goal is to shrink a 30-pound backpack into a handheld device.

"DARPA is really an engine within inside the Defense Department challenging our military services to think differently," explained DARPA's director Steven Walker. "It's important for DARPA to understand the technology to then be able to explain it to our warfighters and our policymakers and not be surprised by its use or misuse by your adversary."

DARPA helped create the internet, unmanned aerial drones, prosthetic limbs and Siri. It was created in 1958 in response to the earth-shattering launch of Sputnik by the Soviet Union. The U.S. was caught off guard.

Asked if something like that might happen again, Walker said, "It's hard to predict the future but DARPA program managers come to work every day with their hair on fire to prevent technological surprise. And really the way we found to do that over the past several years is to create it."

The kind of people who create it? Mad scientists like Anne Fischer.

"We're driven by crazy, that's for sure," Fischer said. "How can you be just a step back from crazy so that we can take a risk and see what we can do of making that risk realizable. And I think about this as my way of service to national security."

DARPA is working on how to shrink mini robots into a size smaller than a human fingertip, hoping they could save lives during recovery efforts by detecting signs of life underneath the rubble of collapsed buildings.

The agency is also developing drones that can navigate on their own.

"They're challenging us in different domains, where we used to have a significant lead and it's more of a competition now," Walker said.

Though some would say the U.S. has already fallen behind in the technology realm.

"And what do you say to those who believe that the us has already fallen behind in the technology realm?" CBS News asked.

"I would say they don't know everything that is going on. We're being challenged, no question, in certain areas. But I see what we're doing at DARPA in all areas and I'm pretty hopeful that we're going to continue to win the tech races of this 21st century," Walker said. 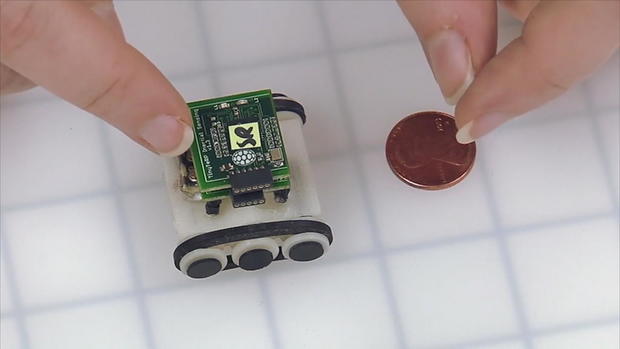 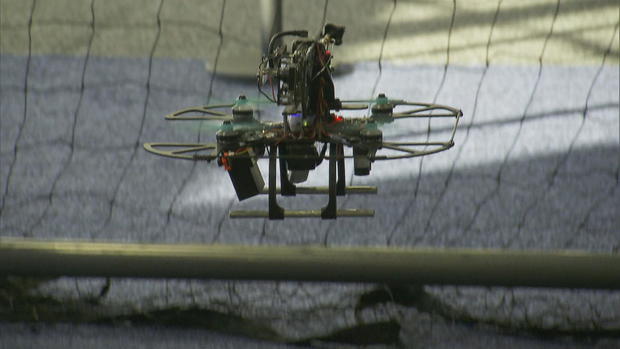