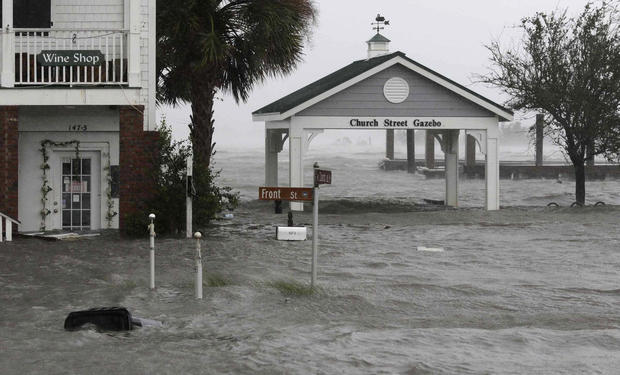 CBS/AP September 15, 2018, 8:40 AM Florence by the numbers: More than 30 inches of rain reported in Swansboro, North Carolina

MIAMI — It's about the water, not the wind, as Florence makes an extended stay along the Carolina coast. The National Hurricane Center said Saturday that the tropical storm is continuing to cause "catastrophic flooding" in North and South Carolina.

Trillions of gallons of rain are still in the forecast.

-So far: More than 30 inches of rain was reported in Swansboro, on the North Carolina coast, and forecasters Saturday expected another 15 inches in parts of North and South Carolina

Dozens of polluted industrial sites, chemical plants, coastal shipyards and military bases are in Florence's path, along with scores of low-lying water and sewage treatment plants at risk of flooding. Environmental groups are worried hog lagoons and coal ash dumps that could contaminate soils or rivers used as sources for drinking water.

The 470-mile Blue Ridge Parkway that winds through the Appalachians in Virginia and North Carolina closed at 8 p.m. Friday to vehicles, cyclists and pedestrians until further notice because of expected high winds and heavy rains. Hikers have been told to seek shelter off the Appalachian Trail to avoid falling trees, flash floods and mudslides.

Torrential rains from Florence will test South Carolina's infrastructure, which failed under nearly 2 feet of rain in 2015. A year later, flooding from Hurricane Matthew caused about 25 dams to fail. More than 3,000 maintenance workers are on standby statewide to fix broken traffic signals, barricade problem areas and make roads safe again. 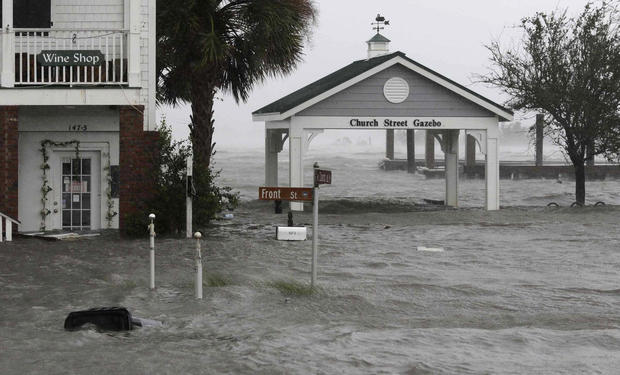