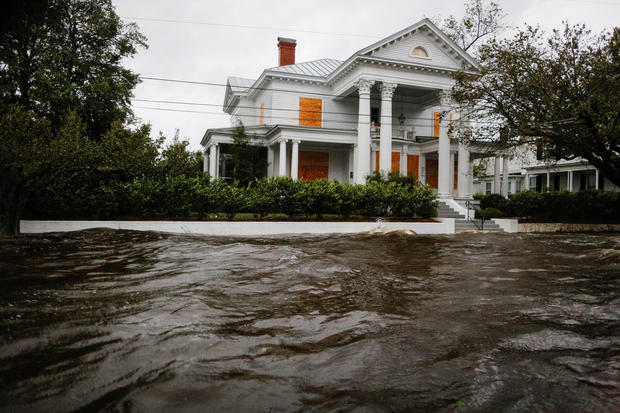 More than 360 people were rescued from in the city from the rising waters. The city said in a Facebook post early Saturday morning that more than 100 people are still waiting for help.

Residents like Teia Cherry and her family decided against evacuating, but then came the water. A storm chaser with a boat rescued her.

"Fast. That's all I can say, is fast," Cherry said of how quickly the water came on. "Get somewhere. It's in a blink of an eye. My cousin looked and he turned around in the blink of an eye our street was flooded. That fast."

Boats and trucks helped hundreds get to dry land, including Sadie Marie Holt, who was rescued Friday.

"It was getting so bad that we physically took a boat we had in the yard and the neighbors, and we tried to leave about 3 o'clock in the morning," Holt said.

Even in the areas of New Bern that aren't dealing with floodwaters, relentless rain and wind brought down trees and along with those trees came power lines, leaving much of the community in the dark.

Despite the damage, some did manage to stay thanks to the help of neighbors.

"Within 20 minutes I had three feet of water in it, even our refrigerator floated, but we're lucky our neighbors next door have a two-story so we were able to escape to the two-story," another New Bern resident said.

The water in New Bern has begun to recede but officials worry what Saturday afternoon's high tide will bring. 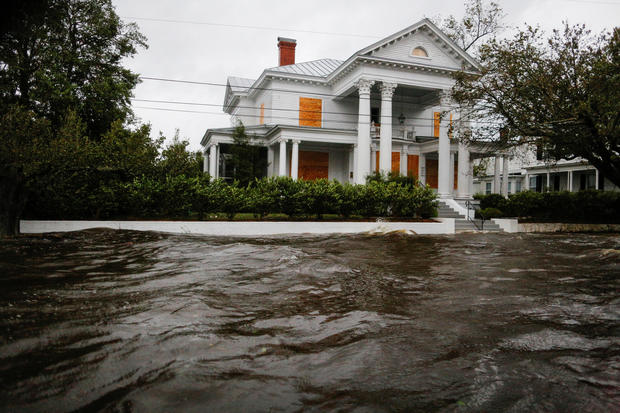