A judge urged a government lawyer Friday to clear the schedule of U.S. Commerce Secretary Wilbur Ross for a day so he can be asked why he wants to add a citizenship question to the 2020 Census. U.S. District Judge Jesse M. Furman encouraged that step at a hearing even before he rules next week whether Ross must submit to a deposition by lawyers representing over a dozen states and big cities in several lawsuits challenging the decision.

The lawsuits allege Ross is acting improperly. They claim the citizenship question will discourage immigrants from participating, diluting political representation and federal dollars for states that tend to vote Democratic.

The judge also said a juryless trial could start November 5, unless he decides to rule based largely on written arguments from lawyers citing evidence including depositions of government officials.

Kate Bailey, a Justice Department lawyer, told Furman there was no need for a trial.

Attorney Elena Goldstein, representing New York state, did not rule out requesting that Ross be required to testify if a trial occurs. She said the testimony of other Commerce Department officials would be requested, as well.

"It does seem clear that Secretary Ross' intent here is a central issue in the case," she said. "It would be likely that we would seek to have testimony from him in some form at trial."

Bailey said the government would appeal any order that Ross be required to answer questions from lawyers, even if it a deposition.

"We certainly don't think there would be any cause to have Secretary Ross take the stand," she said. "We think that would be an unprecedented step."

The administration announced in late March that it was including the question to improve the data the Justice Department needed for enforcing voting rights laws.

But lawyers who filed the lawsuits say they suspect inclusion of the question originated for political reasons.

After the March announcement, Ross told lawmakers that the Justice Department initiated the request.

But documents unearthed as part of the litigation have made it appear that Ross was pursuing the addition of the question as much as a year earlier.

The differing accounts have increased the likelihood that Ross would be required to provide testimony in some form.

The judge also cited the high public interest in the case as he required the government to produce three documents related to Ross as part of the case. However, he permitted 14 other items to remain sealed. 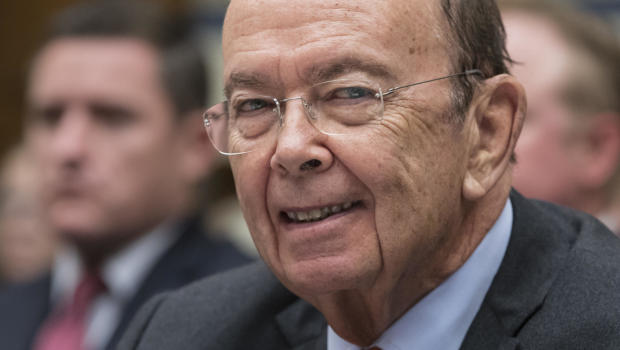 What John Bolton’s departure means for the Iran standoff