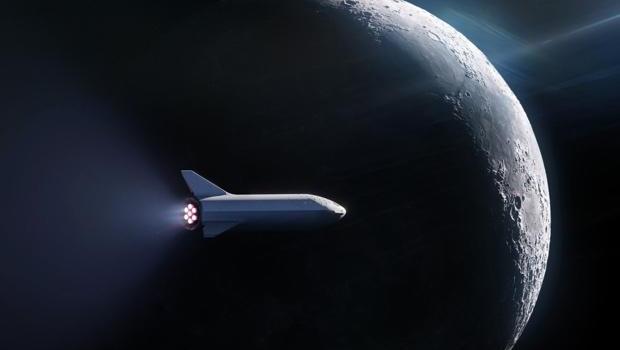 By William Harwood CBS News September 14, 2018, 12:03 AM SpaceX says Elon Musk to unveil new plans for private citizens to fly to the moon

A year and a half after announcing plans to launch two private citizens on a flight around the moon using the company's Falcon Heavy rocket and Dragon capsule, SpaceX posted a tweet late Thursday announcing apparently revised plans to launch a "private passenger" on a moon flight using SpaceX's new BFR rocket.

While the Falcon family of reusable boosters is currently flying, the reusable Saturn 5-class BFR, an acronym that stands for "Big Falcon (or fill in the blanks) Rocket," has not yet been launched to orbit and the company has released few details about its design, development and test schedule.

But the heavy-lift rocket is the centerpiece of Musk's plans to eventually launch crews and cargo to the moon, Mars and beyond.

"SpaceX has signed the world's first private passenger to fly around the Moon aboard our BFR launch vehicle — an important step toward enabling access for everyday people who dream of traveling to space," SpaceX tweeted late Thursday. "Find out who's flying and why on Monday, September 17."

A second tweet reminded readers that "only 24 humans have been to the Moon in history. No one has visited since the last Apollo mission in 1972."

NASA plans to launch astronauts on a trip beyond the moon during the second flight of the agency's new Space Launch System rocket in the 2022 timeframe. SpaceX did not say Thursday when its moon mission might take off.

The company sent out an email to reporters saying SpaceX CEO and chief designer Elon Musk planned to discuss the flight between 8:30 p.m. EDT and 10 p.m. Monday at company headquarters in Hawthorne, Calif. No other details were provided.

But the promised flight around the moon appears to mirror plans unveiled by Musk on Feb. 17, 2017.

"We've been approached to do a crewed mission beyond the moon from some private individuals," he said at the time, not providing names or gender. "And they're very serious about it. We plan to do that, probably in the fourth quarter of next year (2018). That would be on a Dragon 2 spacecraft and a Falcon Heavy rocket, which is due to do its maiden launch this summer."

The Falcon Heavy's maiden flight eventually slipped to February of this year and the Dragon crew capsule, currently under development to carry astronauts to and from the International Space Station, is now scheduled for its first unpiloted test flight in late November. The first test flight with NASA astronauts on board is planned for the late April timeframe.

In any case, seven months after unveiling plans for the first private-sector piloted moon mission, Musk revealed a revised Mars strategy that included development of the BFR with the long-range goal of replacing the Falcon family of boosters with a single, more powerful launcher.

An artist's impression of the BFR upper stage/spacecraft flying around the moon, released by SpaceX Thursday, shows seven engines firing at the base of a large vehicle with a shuttle-like tail fin, two stubby winglets and multiple windows.

By comparison, a Falcon 9 can carry about 50,000 pounds to LEO while the Falcon Heavy can manage about 141,000 pounds. The initial version of NASA's Space Launch System rocket, being readied for an unpiloted maiden flight in 2020, will be able to boost about 26 tons beyond the moon.

The BFR first stage, like the first stage of the Falcon 9, will be fully reusable and capable of pinpoint landings back on the launch pad, Musk said last year.

Based on the SpaceX tweet Thursday, the company now plans to use the BFR for the moon mission instead of the Falcon Heavy, although there was no mention of the earlier flight.

It's not yet known whether the passenger (or passengers) will simply loop around the moon on a free-return trajectory as in the original Falcon Heavy mission or whether the BFR might attempt to brake into orbit before returning to Earth.

It's also not yet known when the company might attempt the mission, how much the unidentified passenger might pay, if anything, for his or her seat aboard the BFR or how many test flights are planned.

SpaceX has shaken up the launch industry, undercutting the competition with Falcon 9 rockets starting at just $60 million, tens of millions less than other rockets in its class, and perfecting technology to recover the first stage boosters so they can be refurbished and flown again.

SpaceX holds NASA contacts valued at more than $2 billion for 20 space station resupply flights and a $2.6 billion contract with the space agency to build and launch a piloted version of its Dragon capsule to ferry astronauts to and from the lab complex.

SpaceX also recently won a second long-term station resupply contract, with an unspecified value, for another half-dozen resupply missions through 2024. Those flights will use the Dragon 2 crew ship with seats and consoles removed to make way for cargo.

The company has successfully launched 15 Falcon 9s and one Falcon Heavy so far this year. 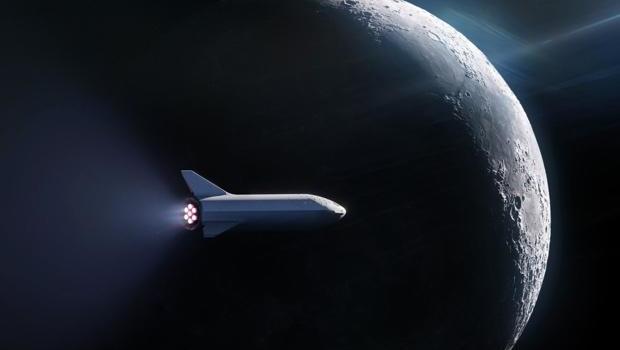 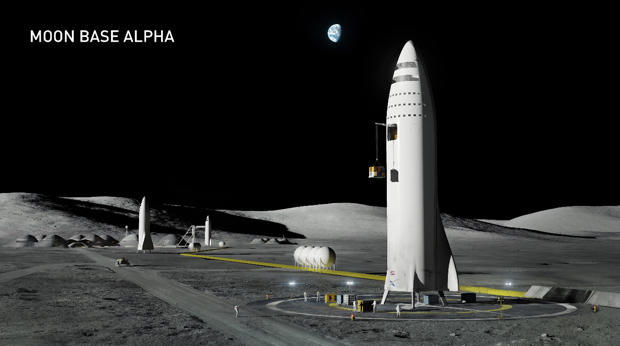