The company's stock recently changed hands at $83.83, up nearly 2 percent since before the campaign launched. Longer-term, Nike stock has surged 33 percent this year as Wall Street bet that the company would be able to ride out the negative publicity. Online sales of Nike gear jumped 31 percent from Sept. 2 through Sept. 4, nearly double the company's sales during the same period a year ago, according to Edison Trends, a digital commerce research company.

Kaepernick gained notoriety for kneeling during the national anthem to protest police shootings of unarmed African Americans. He has accused the NFL's 32 teams of acting in collusion to deny him the chance to play for another team. The lawsuit is now heading to arbitration. 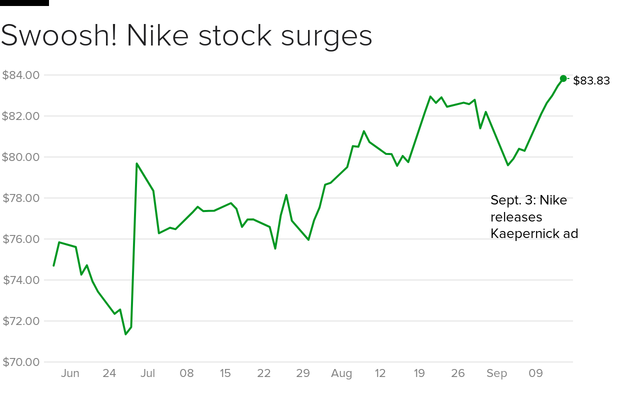 Fiscal board asks court to invalidate $6 billion of Puerto Rico’s...

Best college majors to get a high-paying job