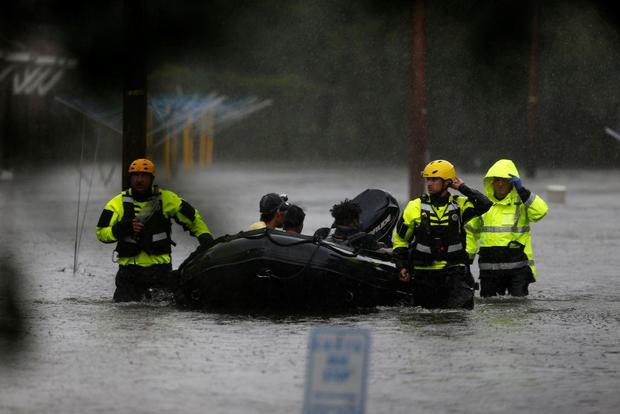 NEW BERN, N.C. — The riverfront town of New Bern, North Carolina, was submerged overnight as Hurricane Florence brought a 10-foot surge of sea water. Hundreds have been rescued from their homes.

Teia Cherry and her family thought they could ride out Florence, now a tropical storm, at home. Then came the water.

Her mother flagged down a storm chaser with a boat who came to her rescue.

"It started pouring down rain and again so I was like, 'We got to get out of here. We are not going to make it,'" Cherry said.

The surge left the pier in tatters and damage across town.

All night, rescue crews worked to pull more than 360 people who didn't evacuate from their homes. Some who couldn't wait waded out on their own. But officials said at least 140 were still waiting for rescue.

Bob Better is leading a swift boat rescue team from Massachusetts, one of two out of state FEMA teams helping people trapped by water.

"It is very difficult, it's dangerous work this is what we train for," Better said.

The city had to suspend rescue operations as conditions worsened, but promised trapped residents in a tweet: "We are coming to get you." 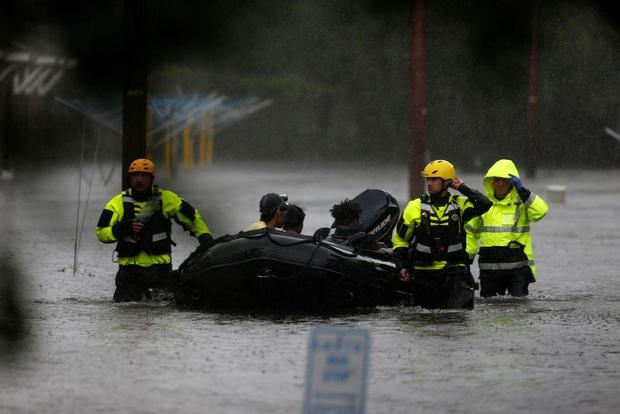