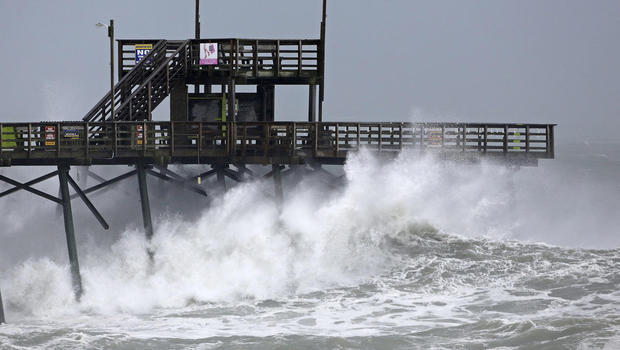 CBS News September 14, 2018, 4:43 PM How climate change could be impacting hurricanes like Florence

Climate change could be playing a role in slowing down storms like Hurricane Florence, resulting in more rainfall and flooding when they hit. According to meteorologist Jeff Berardelli, climate change appears to be affecting areas of high pressure in the atmosphere, which can slow down storms, while rising water temperatures can make them more intense.

"Air temperatures are higher, they can actually hold more water vapor, they drop more rain," Berardelli said. "The estimates for Harvey last year from a bunch of scientific studies were anywhere from 15 percent to as much as — believe it or not — somewhere around 35 percent extra rain because of climate change."

Asked about the possible impact on Hurricane Florence, he acknowledged "it's tough to know exactly." But he explained, "Climate change seems to be affecting the amount of blocking of areas of high pressure. So it looks like probably Florence is slowing down as a consequence, to some degree at least, from climate change. There is evidence to support that storm systems — hurricanes — are slowing down in the coastal plain due to climate change."

More than 16 inches have already fallen in North Carolina, and Florence's rainfall is far from over.

"The record in North Carolina for the most rain ever produced by a tropical system is 24 inches. That is likely to be shattered," Berardelli said. "That is a lot of rain and all that rain runs off into the rivers and we've been talking about this — there is elevation as you get further west into North Carolina. All that water that piles up in the hills and mountains, drains down into the river valley, so we're talking flash flooding."

More than 1 million people are under mandatory and voluntary evacuation orders due to Florence and more than 10 million people live in places under storm watches or warnings. 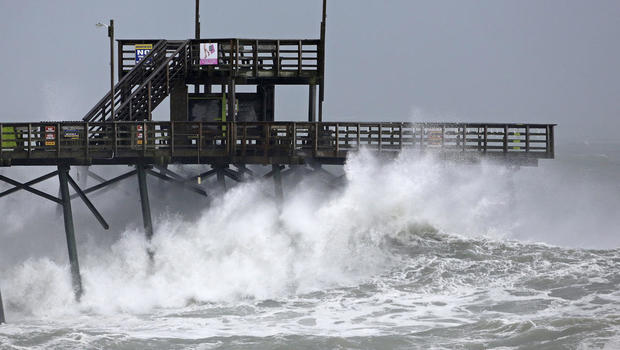