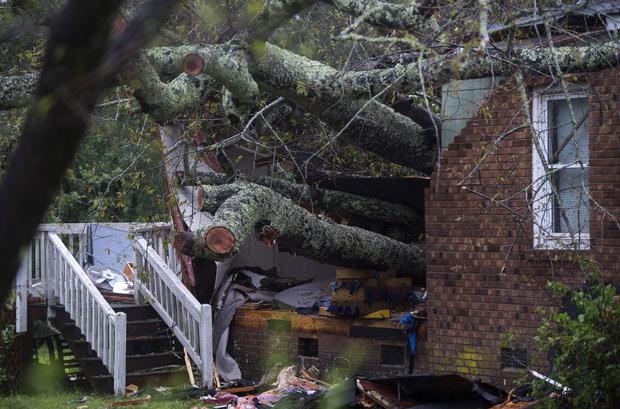 WILMINGTON, N.C. — Florence made landfall 10 miles east of Wrightsville Beach, North Carolina, on Friday morning as a Category 1 hurricane, with 90 mph winds. It has since been downgraded to a tropical storm, but is not going anywhere fast.

The storm roared ashore under the cover of darkness, pummeling the region with pounding rain, widespread flooding and catastrophic winds. Gusts reached over 100 mph — the highest recorded in North Carolina since 1958. It tore roofs and facades off buildings and toppled trees.

By midday, Florence had already claimed its first lives, when a tree crashed onto a home in Wilmington, North Carolina, killing a mother and her infant daughter. Rescue workers were able only to save her father.

In Morehead City, what was once a building became a pile of rubble. In Belhaven, the rising Pungo River nearly swallowed the first floor of a house. In Wilmington, high winds blew transformers, plunging the city into darkness.

Rain ranging from one to three and a half feet has already fallen, and it's not over.

"For overall damage it will be hard at the end of the day, I think, to find a rival for this storm," said North Carolina Gov. Roy Cooper.

In Wilmington, many of the trees that contributed to its historic beauty are now gone.

George Pace returned to his neighborhood and saw his home for the first time, expecting the worst, but discovering only minimal damage.

While Florence may be gone by Saturday, she will not be forgotten.

"You can walk faster than this storm is moving," said Wilmington Mayor Bill Saffo.

Saffo said it could be longer than two weeks before power is fully restored.

Meanwhile the White House said President Trump will tour areas affected by Florence next week, once it is determined that his visit will not disrupt rescue and recovery operations. 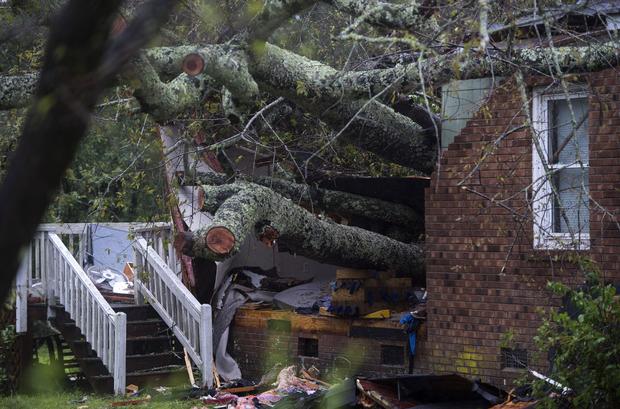