The Netflix series "Insatiable," a dark comedy about a high school girl who loses weight and becomes popular, has been renewed for a second season. A Netflix Twitter account announced the news on Wednesday.

"Insatiable" was hit with criticism even before its release, with naysayers saying that the show fat-shamed people. The series focuses on Patty, a high schooler who classmates call "Fatty Patty," played by actress Debby Ryan. After Patty gets her jaw wired shut during the summer, she returns to school "hot." In a voiceover in the trailer, Patty refers to herself as a "former fatty." Social media users were especially upset that Ryan wears a fat suit for the role.

At the time, actress Alyssa Milano, series creator Lauren Gussis and Cindy Holland, vice president of original series at Netflix, told people to reserve their judgment for after the show's release, hinting that their minds would change once they saw the context. But "Insatiable" was skewered by critics, earning an 11 percent "Fresh" rating on Rotten Tomatoes.

Some social media users suggested that viewers who "hate-watched" the show inadvertently contributed to its success.

But others defended the show.

On the show, newly svelte, the teen is ready for payback against anyone who was mean to her. Disgraced attorney Bob Armstrong (played by Dallas Roberts) sees Patty's potential as a beauty queen and takes her under his wing as he coaches her for beauty pageants. Alyssa Milano plays his wife, Coralee.

Milano defended the show and said, "We are not shaming Patty. We are addressing (through comedy) the damage that occurs from fat shaming. I hope that clears it up."

Gussis, the creator of the show, tweeted a statement saying, "When I was 13, I was suicidal. My best friends dumped me, and I wanted revenge. I thought if I looked pretty on the outside, I'd feel like I was enough. Instead, I developed an eating disorder … and the kind of rage that makes you want to do dark things." She said the show is a "cautionary tale." 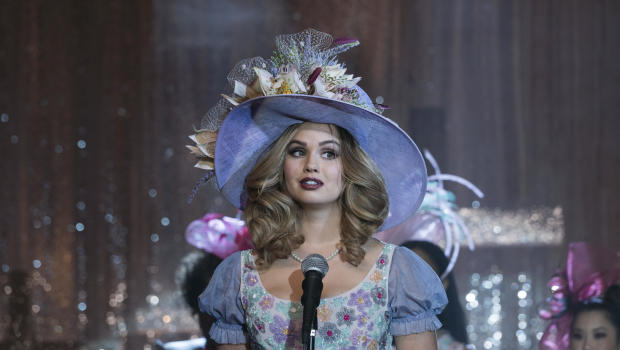 How to watch “Harry and Meghan Plus One”