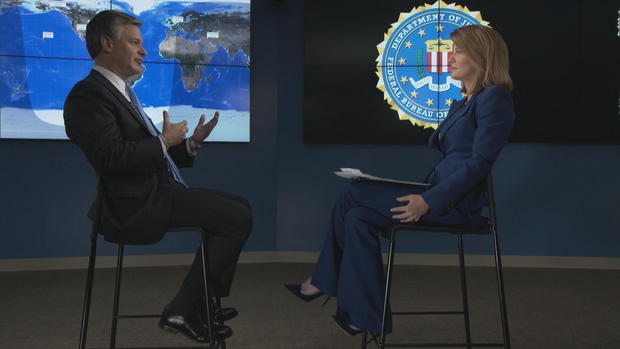 FBI Director Christopher Wray says Americans can feel confident in the election results this November. We spoke with Wray Wednesday at the bureau's headquarters in Washington for an interview you'll see only on CBS News. "CBS This Morning" co-host Norah O'Donnell asked about the anonymous New York Times op-ed that described a White House in turmoil.

NORAH O'DONNELL: The president has said that he wants the attorney general to investigate who wrote that anonymous New York Times op-ed. Do you believe, as the president does, that this is an issue of national security?

CHRISTOPHER WRAY: Well, first off, I can tell you I didn't write it, I didn't have anything to do with it. Second, I would tell you that we're not really in the practice of confirming or discussing whether we're going to be conducting a particular investigation. I would tell you that we're going to make decisions about that kind of thing based on all the factors we normally do, which is whether or not we have sufficient evidence of federal crime.

O'DONNELL: You've said you did not write the New York Times –

O'DONNELL: – op-ed. I know that you have denied that. But – but I want to ask you about the content. It described the president's leadership style as, quote, "impetuous," "adversarial," "petty," and "ineffective." It said that the root of the president's problems is, quote, "amorality." Does that sound like the president you know?

WRAY: I try very hard to make sure that my relationship with the president is a professional one. … And beyond that, I'm not going to really be weighing in on opinions, especially anonymously-expressed opinions. I can tell you that there are lots of ways for people to express their views and their disagreements. For me, the idea of doing it through an anonymous op-ed is about the furthest thing from my mind.

O'DONNELL: Let me turn now to Russia and its malign activities. … When Vladimir Putin said that Russia has never interfered and is not going to interfere in American affairs, including the election process, was he lying?
WRAY: Well, again, I'm not going to accuse somebody of lying. I'll just say that that doesn't jive with our read of the evidence, and we're pretty confident in our read.

O'DONNELL: What is Russia doing to disrupt the midterms that are now just about 60 days away?

WRAY: So what we're seeing now is a continuation of the – what we call malign foreign influence efforts. … What they do is sow both inaccurate information, disinformation, it's a kind of information warfare, and then propaganda. Exaggerated half-truths, distortions.

O'DONNELL: So come November… can Americans be confident that it was a fair election?

WRAY: I think Americans can have confidence in our election system.

Despite headlines about Russian meddling, the FBI director said China is the single biggest threat to Americans. 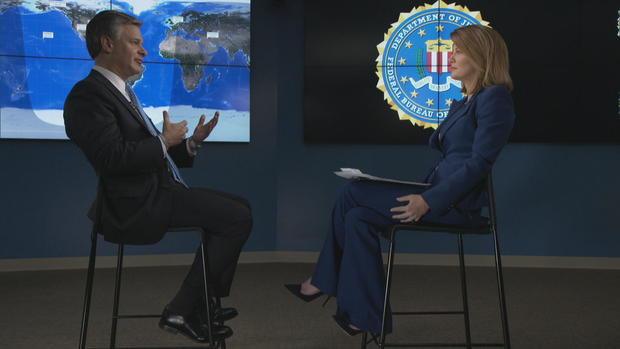