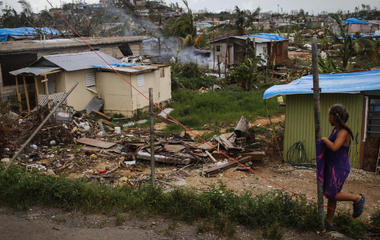 President Trump praised the federal response to Hurricane Maria in Puerto Rico as he met with top Department of Homeland Security and Federal Emergency Management Agency officials Tuesday in the Oval Office to address the looming threat of Hurricane Florence.

The president, asked what lessons could be learned from Puerto Rico, called the response to that devastating storm last year an "unsung success." The governor of Puerto Rico recently revised the death toll as a result of that storm from 64 to 2,975, and many residents were without power for months.

"I actually think it was one of the best jobs that's ever been done with respect to what this is all about," Mr. Trump said Tuesday in a briefing with DHS Secretary Kirstjen Nielsen and FEMA Administrator Brock Long. "Puerto Rico got hit not with one hurricane, but with two. And the problem with Puerto Rico is their electric grid and their electric-generating plant was dead before the storms ever hit. It was in very bad shape, it was in bankruptcy. Had no money, was largely closed."

The Trump administration has been intensely criticized for its response to Hurricane Maria in Puerto Rico. But it's not the first time Mr. Trump has lauded his administration's response, despite those criticisms — the president called the federal response to the storm "fantastic" last month.

Mr. Trump claimed the U.S. is prepared for Hurricane Florence, which he described as "tremendously big and tremendously wet." The hurricane, currently a category 4, is expected to slam the North and South Carolina and Virginia by Thursday. Mr. Trump has already approved emergency declarations from those three states.

"The safety of the American people is my absolute highest priority. We are sparing no expense," Mr. Trump said Tuesday.

Florence is expected to increase in size and strength, with life-threatening storm surges possible, according to the National Hurricane Center. Evacuation orders are in place for much of the coastline that's expected to take a hit. 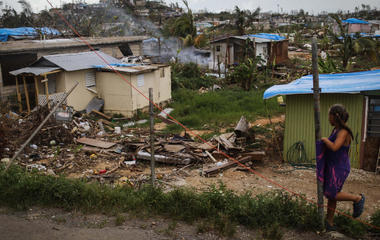 Transgender Day of Remembrance to be marked amid deadly year