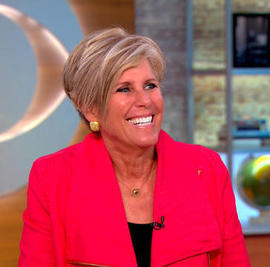 "Self-worth equals net worth" is a favorite saying of SuzeOrman, one of this country's most recognized personal finance experts. Now the two-time Emmy Award-winning TV host and author of nine New York Times best-sellers is sharing what she realized while witnessing the Me Too movement against sexual harassment

"I realized women finally have a voice, they're speaking up the unspeakable – they still need to find a financial voice," Orman told "CBS This Morning" Wednesday.

She's urging women to reframe how they view their finances.

"The biggest mistake women are still making is that they are saying yes out of fear of what other people will think about them versus no out of love for themselves," Orman said. "They'll say, 'Yes, I'll lend you this money. Yes, I'll give you this. Yes, I'll do this for you,' versus, 'No, I don't want to because I want it for myself.'"

Orman went from waitressing and making $400 a month to becoming a leading stockbroker. She is releasing a new edition of her bestselling book, "Women & Money: Owning the Power to Control Your Destiny."

She offered a few practical tips for taking control of finances.

"The first thing you have to do is you really need a financial empowerment plan, which is what I call it in the book. You need this: you need your eight-month emergency fund. You need a will. You need a trust. You need those things. But more than those things even, you need to know who you are. You need to be able to deal with money within your family. It's – money is just a manifestation of you," Orman said.

She even offered some dating advice:

"If somebody doesn't want to talk to you about money and there isn't a conversation about it, it's over right then and there. And if you look at somebody's credit reports and their FICO scores – you know, I have a saying. The saying really is, 'FICO first, then sex.' I'm not kidding about this," Orman said.

She said when you have power over your money – even if it's not a lot of money – you can be happy.

"Money will not buy you happiness, but lack of money sure will make you miserable," Orman said. "So I've never said the goal isn't to have money, because you need money. Let's face it, everybody, you need money to be able to live." 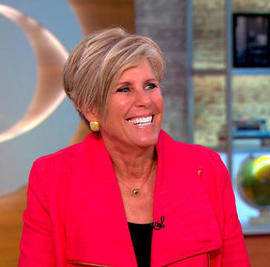 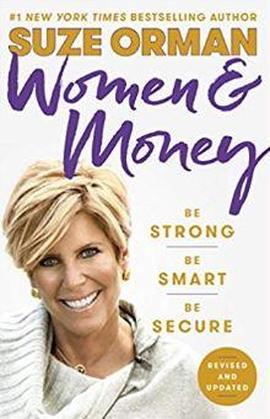