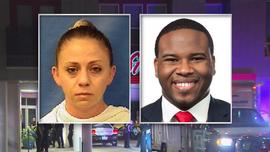 Some criminal defense lawyers believe it will be difficult for the Dallas County District Attorney to prove a crime was committed in the case of an officer shooting and killing her neighbor. Amber Guyger has been charged with manslaughter in the death of 26-year-old Botham Jean.

According to an arrest warrant, Guyger said she went to what she thought was her own apartment. She said the door was "ajar" and she saw a "large silhouette" inside. After giving "verbal commands that were ignored," she fired her gun, hitting Jean.

CBS Dallas spoke to several criminal defense lawyers, who all said they were surprised they didn't see words like "reckless" or "intentional," which they said would normally be found in documents in manslaughter cases.

"It doesn't read anything beyond negligence of that they simply do not specify how she is reckless which is the required mental state for manslaughter," said George Milner, a criminal defense attorney. "It reads much more like an accidental killing."

However, Milner and others told CBS Dallas that doesn't mean the district attorney's office doesn't have a good case, since the investigation continues.

"They heard knocking down the hallway followed by a woman's voice that they believe to be officer Guyger saying, 'Let me in. Let me in,'" attorney Lee Merritt said.

The family's attorneys say one witness then heard gunshots followed by a man's voice.

"What we believe to be the last words of Botham Jean which was 'Oh my god, why did you do that?'" Merritt said.

Jean's family's attorney said he was also unarmed at the time of the shooting. The Texas Rangers are leading an independent investigation. 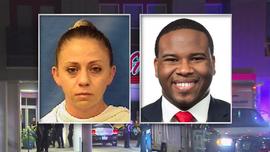 Family of American brutalized by North Korea responds to Trump

Selfie may show woman before she and husband died at Yosemite