The University of North Carolina at Chapel Hill was closed on Wednesday because of Hurricane Florence after officials had asked the college's 55,600 faculty, staff and other workers — including 30,000 students — to leave campus. That couldn't be worse timing for local businesses.

As a college town, the business cycle for Chapel Hill means summers are slow until after Labor Day. At that point, spending spikes as the first football game of the year is held and the school year moves into full swing. An average football game brings as much as $8 million in economic benefit per game and about $350,000 in sales tax revenue per game.

Not only has Hurricane Florence caused the university to shut down during the prime money making time for the community, but the first football game has been cancelled as well — a double whammy for local merchants.

"This is the time of year that the area has a big cash influx that carries businesses through the slower times of the year," said Aaron Nelson, chief executive officer of the Chapel Hill-Carrboro Chamber of Commerce. "With the campus closed and the football game cancelled, there's a lot of anxiety at local businesses. UNC only has about six home games every season and losing one of those is a really big deal."

Chapel Hill is one of the many cities and towns across North and South Carolina, as well as Georgia, Virginia and Maryland, already facing financial repercussions from the storm. Hurricane Florence is expected to be the costliest ever to hit the U.S. in terms of property damage and the worst to hit North Carolina since Hazel in 1954. More than 1 million people are under mandatory evacuation orders and are fleeing inland.

Chapel Hill is about 150 miles inland from the Atlantic Ocean, yet some early estimates of Florence's route put the eye of the storm right over the town of 59,000 residents. Current estimates are showing the route tracking further south but still well within the zone predicted to have tropical storm type winds and 10 or more inches of rain.

So the community isn't taking any chances, Nelson said. Instead of shopping and eating out, students and residents are sitting in traffic or in lines at gas stations as they leave town or prepare their homes and businesses for the storm, he said. Streets and sidewalks normally teeming with students, faculty, and parents were deserted Wednesday even as the sun was still shining.

"It's a lot like being stalked by a turtle," Nelson said. "We know it's coming but right now the weather is beautiful."

The Top of the Hill Restaurant and Brewery, a popular venue in the middle of Chapel Hill, is normally packed for lunch and dinner during the school year with students, faculty and town residents, said General Manager Guy Murphy. Because the campus has closed and many students left the area, the restaurant is "pretty mellow," he said Wednesday.

"On any given weekend thousands of people come through here particularly when there's a home football game," he said. "Losing a football game is going to hurt the town financially."

At Stoney River Steak House and Grill, an upscale eatery in Chapel Hill, reservations are down considerably, said manager Imalai Negron Martinez. It wouldn't be unusual to have as many as 120 reservations during a weekday evening during the school year, but on Tuesday evening cancellations left the restaurant with only 24 reservations, she said.

Gas stations are having their fair share of headaches as well. The Exxon station on Chapel Hill's main thoroughfare of Franklin Street ran out of gas at 11 a.m. Tuesday, said Jeff Jenkins, who works at the station. Gas tankers restocked the pumps overnight, but the station expected to be out of gas by midday Wednesday as lines of five to seven cars at a time waited for each pump.

The Franklin, an upmarket hotel property with 67 rooms in the center of Chapel Hill, was sold out for the weekend with visitors from all over the country and world primarily because of the football game, said Jay Patel, owner of the Hilton-affiliated hotel. Most of those expected have cancelled, he said.

But the hotel has also seen a steady flow of those evacuating from coastal areas taking the open rooms, he said. While the hotel isn't full, they are continuing to get a stream of calls from people looking to stay until Sunday night, he said.

"Those evacuating aren't sure if Chapel Hill is far enough inland but many are happy to just be away from the coast," Patel said. "It's a personal decision as to how far inland is far enough."

While some local businesses are benefiting from a spike in sales of staples such as bread, milk and water, those sales may continue to hurt the community in coming weeks, Nelson said. And if the power goes out and stays out for any length of time, that will present a whole other set of economic issues, he said.

"Those cash outlays preparing for the storm — for everything from generators to plywood and water — will mean that residents will have less to spend on entertainment in weeks to come," he said. "And if the power goes out and stays out that will mean lots of lost wages. We won't know the full extent of the economic damage for quite a while." 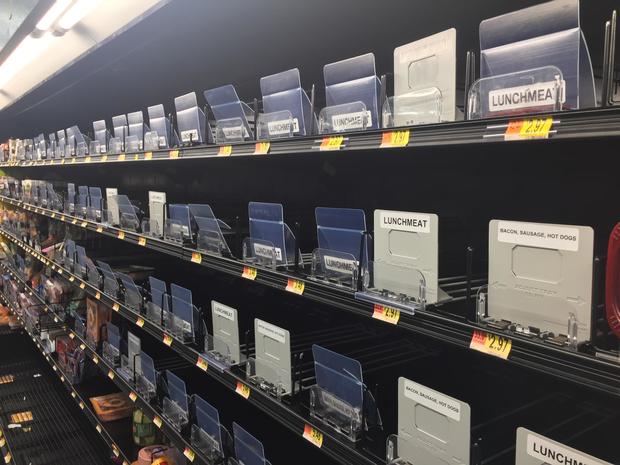 Here’s how long you should keep tax records