WASHINGTON — Former National Security Agency Director and commander of U.S. Cyber Command Admiral Mike Rogers said in rare public remarks on Tuesday that, contrary to media reports, he "never had a discussion" about collusion with President Trump or other White House officials.

Asked specifically about reports in May 2017 that Mr. Trump had asked Rogers and Director of National Intelligence Dan Coats to publicly deny evidence of collusion between Russia and the Trump campaign, Rogers said, "I was never asked that."

He added with characteristic acerbity that if he spent his time correcting media reports, "I'd never get anything done."

Rogers declined to comment when moderator Nicolle Wallace pressed him on further details from the Washington Post's original story on the conversations between Mr. Trump and his intelligence chiefs, including whether an NSA official took contemporaneous notes about Rogers' conversation with Mr. Trump.

"No comment," he said on stage with three other former intelligence officials at an event called "Secrets, Presidents and Dissent," held at George Mason University's Schar School of Policy and Government.

Rogers, who retired from his dual-hatted role and the Navy on June 1 after serving during both the Obama and Trump administrations, also said he wished Mr. Trump had pushed back more firmly on Russian president Vladimir Putin during the Helsinki summit held in July.

"I thought there was an opportunity there that I wish we had taken advantage of," Rogers said. "I thought that could have sent a very powerful message."

"You can tell over time we were moving in what I thought was a very positive direction, definitely," he said. "The leadership clearly was part of that… in the sense of formally directing change."

"I was glad to see the broad direction that we were moving in, I'm not going to pretend for a minute it's perfect by any stretch of the imagination," he added.

"I felt it was my duty, my obligation, to speak up," Clapper said, though he acknowledged receiving "blowback" from both intelligence and military officials.

For his part, Rogers said he "chose not to" sign a letter – despite agreeing with the fundamental premise that citizens are entitled to express their views – out of concerns about the effectiveness of the measure and whether it had the potential to complicate the work of currently-serving intelligence officials.

"Pouring gasoline on a fire now is not going to reduce the flame," he said. "And we've got enough fires burning right now, guys; we've got to focus on what are the outcomes we've got to achieve as a nation." 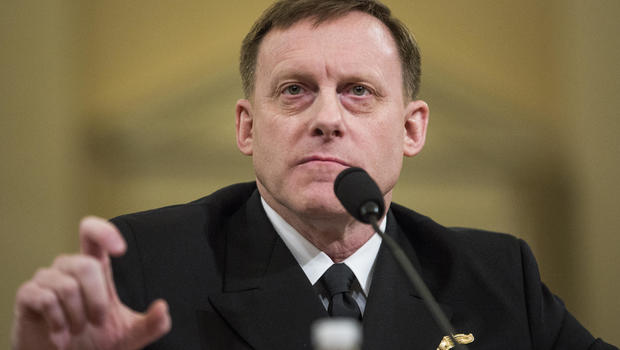 Sheila Jackson Lee talks about what a reparations commission would do