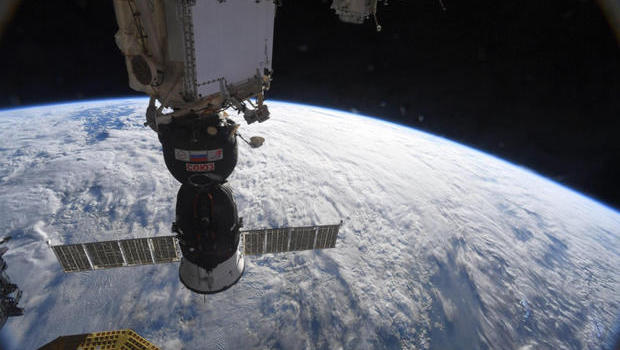 The head of the Russian space agency caused a stir last week when he said a hole drilled through the side of s Soyuz ferry ship docked to the International Space Station was the Russians blame Soyuz leak on human error, "either on Earth or in space." Station commander Drew Feustel said Tuesday it most certainly did not happen in orbit.

"I can unequivocally say that the crew had nothing to do with this on orbit, without a doubt, and I think it's actually a shame and somewhat embarrassing that anybody is wasting any time talking about something that the crew was involved in," Feustel said in a space-to-ground interview with ABC News Tuesday.

Flight controllers in Houston and Moscow noted a small drop in the station's internal air pressure Aug. 29. The next day, the lab's crew traced the leak to the upper compartment in the Soyuz MS-09 spacecraft that carried three crew members to the complex in June.

Cosmonauts Oleg Artemyev and Soyuz MS-09 commander Sergey Prokopyev eventually sealed the breach with cloth soaked in epoxy. Cabin pressure has remained stable since then and in any case, the crew was never in any immediate danger. The upper compartment of the Soyuz is discarded before atmospheric entry and it can be sealed off after the crew is aboard if necessary.

Photographs clearly showed multiple scars caused by a drill bit and one small hole that was plugged by the cosmonauts.

Russian media reports initially said someone on the ground likely drilled the hole before launch for some unknown reason and then applied a temporary patch that later gave way in space.

But Dmitry Rogozin, director general of Roscosmos, the Russian federal space agency, said "we are considering all theories."

He said "it is a matter of honor for Energy Rocket and Space Corporation (Soyuz builder RSC Energia) to find the one responsible for that, to find out whether it was an accidental defect or a deliberate spoilage, and where it was done — either on Earth or in space."

Feustel said discovering the leak "was certainly a shock to all of us."

"My hope is that the investigations really do discover what occurred that caused this clearly man-made hole in the side of the spacecraft," he told ABC News.

"That's going to be a story we're going to hear about for some time to come," he said. "We certainly don't want to ever see that happen again, and I hope the teams on the ground do proper due diligence in trying to solve this problem because the implications are enormous to the whole space program, not only to us in the U.S. but also in Russia and internationally for all the partners."

He said the crew did a "great job" finding and plugging the leak and he thanked flight controllers in Moscow and Houston for "supporting us when this all happened and helping us maintain our composure and our complete and effective and efficient response to the emergency." 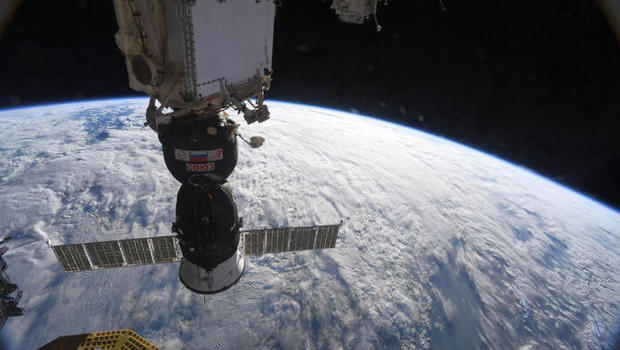 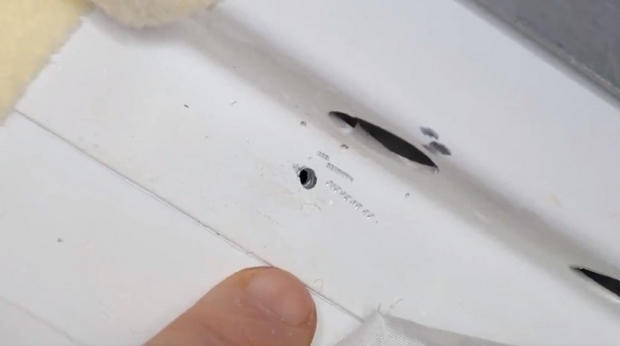