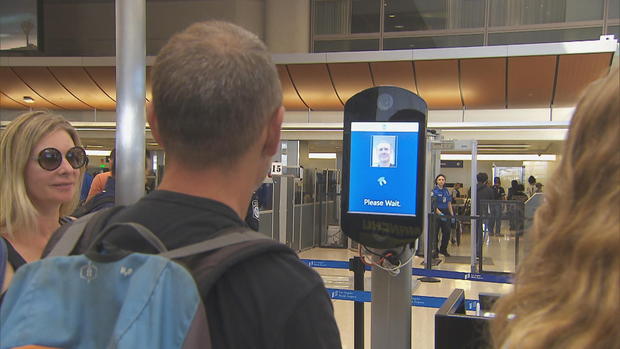 CBS News September 11, 2018, 7:45 AM Facial recognition tech could shorten airport security lines, but is it accurate?

There is growing concern over new technology that could be the future of airport security. The TSA has a new pilot program that uses facial recognition technology, instead of boarding passes and driver's licenses, at Los Angeles International Airport. At least two senators called on the Department of Homeland Security to slow down the expansion of the program until privacy and security concerns can be addressed, reports CBS News' Kris Van Cleave.

The system compares your face to the picture on your passport stored in a secure government database. It has the potential to speed up the line, as flyers won't need a boarding pass or ID check to go through security, but critics say facial recognition doesn't work the same for everyone.

"The passenger experience is enhanced because you don't have to fumble through your belongings to pull out multiple ID documents. You just walk up to the camera, pose for a photo and you're off on your way," said TSA executive adviser Melissa Conley.

The TSA says the images are not saved on the camera, and are compared against a gallery of passport photos of people known to be flying that day to confirm the traveler's identity. During the pilot program, passengers are not required to participate. The process takes as little as two seconds while a standard document check takes about 20.

The LAX test is part of a larger push by Customs and Border Protection to meet a congressional mandate for biometric verification of people entering and leaving the country. The same technology is being used prior to boarding some international flights leaving the U.S. and for people entering the country at airports including Washington's Dulles airport and a border crossing with Mexico in Texas.

But critics worry facial recognition technology may misidentify people of color. An ACLU test incorrectly matched 28 members of Congress identifying them as people arrested for a crime. The false matches were disproportionately people of color.

Senator Ed Markey was also incorrectly matched in the ACLU test. He and Republican Senator Mike Lee have repeatedly called for the Department of Homeland Security to halt the rollout of biometrics while privacy rules are put in place.

"Go slow, build in the protections," Markey said. "Until they lay out how they're going to divide this discretion of security versus privacy, I think that we want a 'go slow' sign put out on the deployment of this technology."

He does not feel the current pace of the rollout is slow enough.

"They're actually accelerating the deployment of this technology without first telling Americans what their protections are for innocent Americans," Markey said.

"The facial recognition is very accurate. Even an older photo we are very very high match rates. Ninety-nine percent plus if we have a photograph of that traveler," McAleenan said.

Markey says he wants proof the technology treats flyers equally. The TSA says it has to test it to figure out issues and that's why it's currently doing it on an opt-in basis. The CBP deletes photos of U.S. citizens, but only after it retains them for 12 hours in case of extended system outage. Photos of all other travelers are stored for up to 14 days. 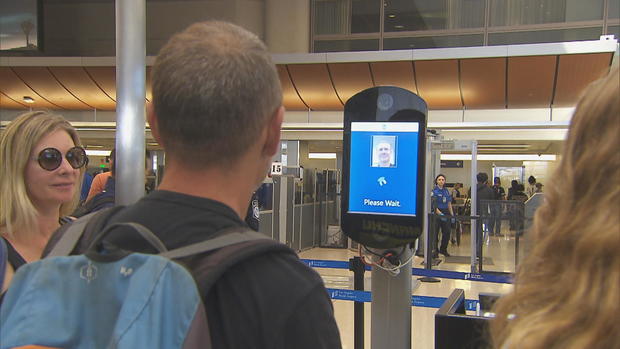 What is TikTok? And what does President Trump have to do with it?

Trump, Biden face off in debate filled with interruptions, insults and...

California to study and recommend reparations for Black Americans

Brad Parscale resigns from Trump campaign after incident at home