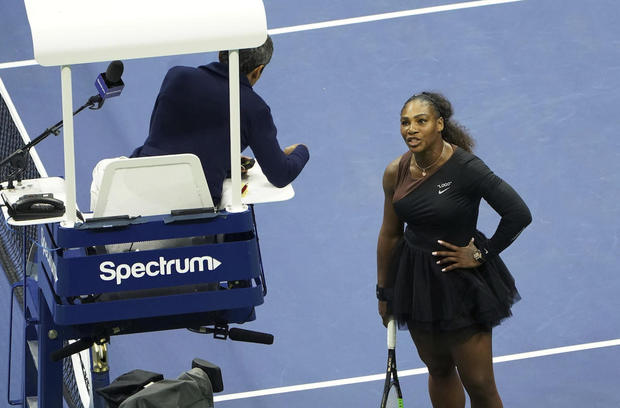 NEW YORK — A dramatic series of events at the U.S. Open has sparked a discussion surrounding Serena Williams and whether she got fair treatment from a referee.

After being cited for an illegal coaching violation and losing a point for smashing her racket, Williams was given a rare punishment of being penalized an entire game for a third violation after personally criticizing chair umpire Carlos Ramos.

After she lost the championship match to 20-year-old Naomi Osaka, she called Ramos' treatment of her sexist.

"I thought he took the game from me, but i've seen other men call other umpires several things and i'm here fighting for women's right and for women's equality and for all kinds of stuff and for me to say thief and for him to take a game, it made me feel like it was a sexist remark," Williams said.

Ramos is well-known as a stickler of the rules. But the controversy has put a spotlight on when violations are handed out. At the Australian Open in 2012, Alexandr Dolgopolov used profanity to question a call by Ramos and was not penalized. That's why some, including former tennis player James Blake, say Williams' claim is valid.

"I've definitely done worst," Blake said. "I've seen others do much worse and not get penalized. And I think there just needs to be some consistency."

"Everything that happened during the match and everything that's happening since the match, is resonating with women because we can relate," Carruthers said. "We've had to resist and stand up for other women in our lives who've been treated in a wrong way."

The Women's Tennis Association stood by Williams saying "there should be no difference in the standards of tolerance provided to the emotions expressed by men vs. women." 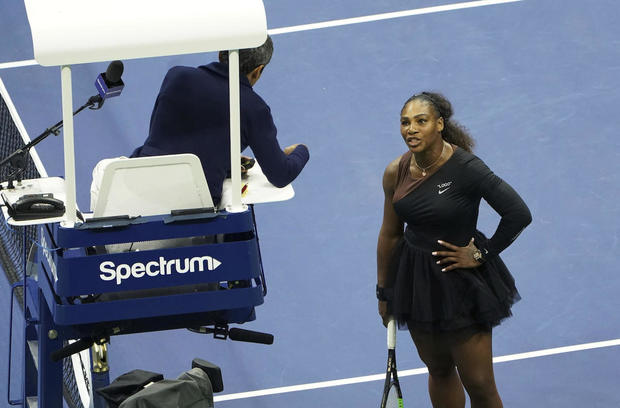