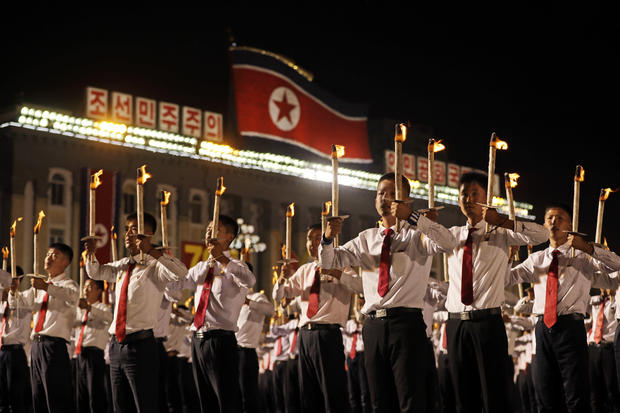 PYONGYANG, North Korea — North Korea marked the 70th anniversary of its founding on Sunday, staging what it calls the "Mass Games" in its main stadium for the first time in five years. It held a military parade in its capital without displaying any intercontinental ballistic missiles, or ICBMs. President Trump praised the move, tweeting: "Thank you To Chairman Kim. We will both prove everyone wrong! There is nothing like good dialogue from two people that like each other! Much better than before I took office."

Despite the friendly words, negotiations to get North Korea to give up its nuclear weapons are not going quickly or well, CBS News correspondent Ben Tracy reports. But instead of using the anniversary to provoke the U.S. with a show of force, North Korean leader Kim Jong Un appears to be to be making some noticeable changes to the North Korean script.

Kim, who watched the military parade from above, ordered a plot twist. He significantly shrunk the weaponry portion of the parade and did not show off North Korea's most provocative possessions, the ICBMs — perhaps mindful of the fragile detente between him and Mr. Trump.

Kim has used this year to make a major strategic shift inside North Korea. Yes, the military and missiles are still important, but what he's increasingly talking about is building North Korea's economy. The majority of the parade was about highlighting economic advancements despite crippling international sanctions.

Government-guided tours have been pushing the same message, with trips to a silk factory and a North Korean cosmetics factory that exports its products to China and Russia.

Yet the one thing that hasn't changed is the cult of personality around North Korea's leaders, past and present. Kim visited a teaching college back in January, and there is now an entire room devoted to his visit. They've even put the chair he sat on in a glass case.

At the events this weekend, Kim waved to the adoring crowds, to whom he's now promising not just better weapons but also a better way of life.

This is still a regime that is under sanctions for brutal human rights abuses, so it unclear if Kim really intends to transform his country, or if all of this is just an elaborate distraction. 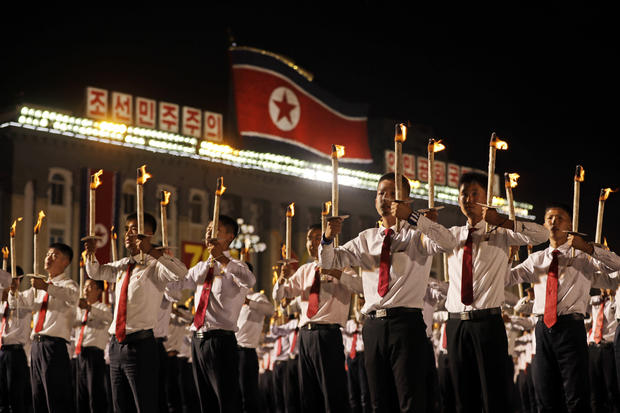