By Carol Wolf MoneyWatch September 10, 2018, 5:26 AM How Harry Potter's Quidditch turned into a money-making game

Quidditch is no longer a fantasy game found only in the Harry Potter books and films, thanks to a real-life adaptation that has created a cottage industry for sports equipment providers and event organizers.

Since 2005, the game's adaptation has spread to more than 200 college, community and professional teams across the U.S., involving more than 4,000 players. It's a full contact, co-ed sport that uses equipment like brooms, hoops and headbands, as well as balls called quaffles, bludgers and a snitch.

For Muggles who may be unfamiliar with Quidditch, the game was invented by British author J.K. Rowling for her Harry Potter fantasy series. At the Hogwarts School of Witchcraft and Wizardry, Harry Potter and his wizardly friends play the complex game while flying on broomsticks.

But how do you play Quidditch without flying? Real-life Quidditch players run across fields similar to rugby or soccer players – but with broomsticks held between their legs. They follow the rules set out by the U.S. Quidditch Association, which closely adheres to description of the game in Rowling's books. A distinctive feature of Quidditch is that rules require both genders be on the field of play at all time.

The uniqueness of the sport, combined with the popularity of the books, is creating some business opportunities.

Take League City, Texas, a town of about 105,000 people just south of Houston. League City hosted major league Quidditch tournaments in 2016 and 2017. The events brought about $250,000 worth of economic benefits — in the form of hotel bookings, transportation and food and drink — over just one weekend, said Hank Dugie, a business owner and city councilman in League City, who also played Quidditch at the University of Texas.

Not only did the tournament bring in about 500 out-of-town visitors, Dugie said, but it also attracted local residents, who brought their families and friends to enjoy the game. Some spectators arrive in Harry Potter garb complete with wands and robes, while others made signs for their favorite team, Dugie said.

"This really adds to the small-town charm of your city," Dugie said. "There tends to be a warm and friendly atmosphere around the games."

Savage Apparel Co., a uniform provider based in Richmond, Virginia, has also benefitted from the increased popularity of Quidditch. The company specializes in uniforms and apparel for niche sports like disc golf and spikeball. It began supplying Quidditch uniforms in 2012 and developed sponsorship relationships with the Quidditch teams at the University of Miami and the University of North Carolina in 2014, said Todd Curran, the company's owner and founder.

Quidditch now makes up 10 percent to 12 percent of Savage Apparel's annual sales, which it hopes to boost to about 20 percent within the next year, Curran said. Savage Apparel has outfitted more than 100 Quidditch teams around the world, he said.

"Quidditch has been great for our business," Curran said. "But beyond that it's just a fun sport to be involved with."

Part of that fun comes from the way the came is structured, Dugie said. At any given time, there might be four balls on the field at one time and different types of players are engaged in different kinds of activities, he said. Because so much is going on during the play, spectators end up talking to each other to keep up with the game, he said.

"That makes it an exhilarating sport for spectators." he said. "Relationships are often built and that adds to the fun environment."

Quidditch brings another added dimension to any city that hosts games or tournaments, Dugie said. Unlike softball or soccer tournaments, Quidditch still is seen as unusual and quirky, which often brings lots of national media attention, he said.

"It draws attention to the city on a national level," Dugie said. "It's really difficult to quantify the marketing impact that brings to a town." 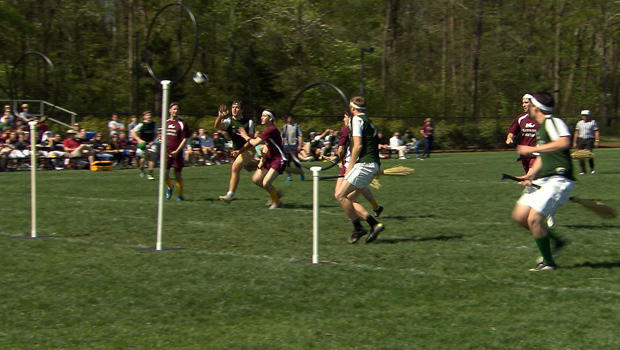 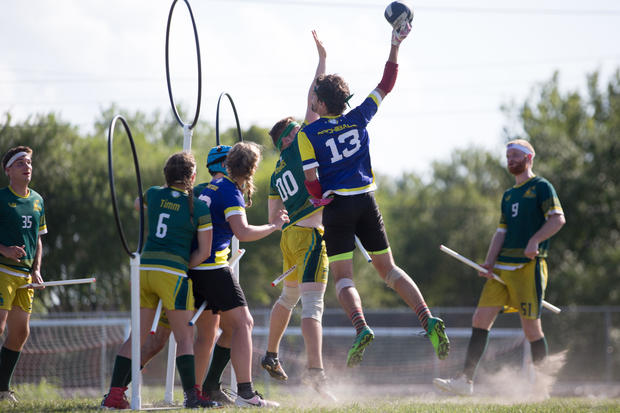 How to prepare for the next recession