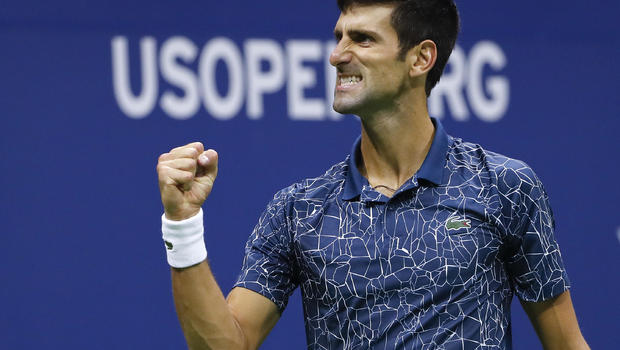 NEW YORK — Novak Djokovic won his 14th Grand Slam title and second in a row by getting through a key 20-minute game to beat 2009 champion Juan Martin del Potro 6-3, 7-6 (4), 6-3 in the U.S. Open final. The victory Sunday comes a year after Djokovic sat out the tournament at Flushing Meadows because of an injured right elbow that eventually required surgery.

The 31-year-old Serb is now even with Pete Sampras for the third-most major trophies for a man in tennis history, trailing only Roger Federer's 20 and Rafael Nadal's 17.

Djokovic was far superior to del Potro in the opening set, then dropped three consecutive games in the second to trail 4-3. But when Djokovic faced three break points in the following game, an epic that required 22 points to settle, he saved them all. A series of missed forehands by del Potro in the tiebreaker put Djokovic back on course. He finished with a flourish, taking the last three games. 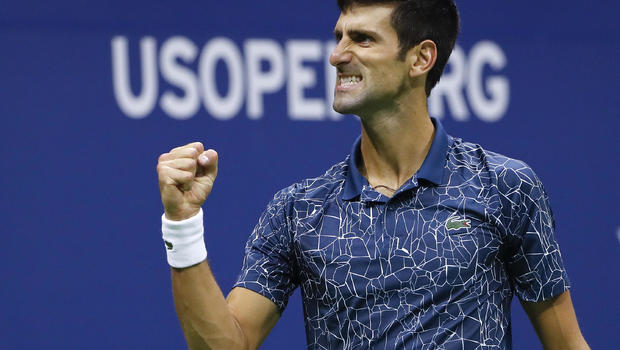 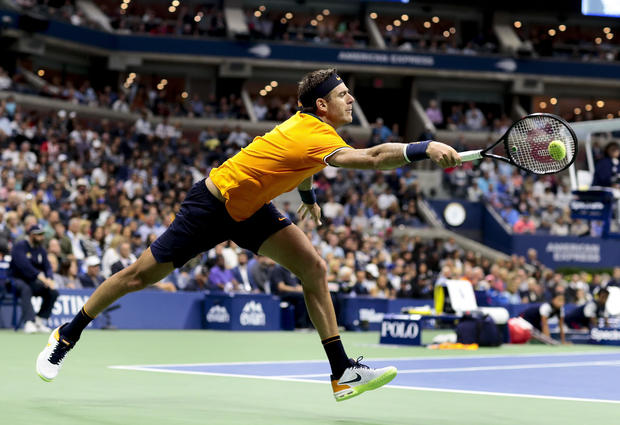