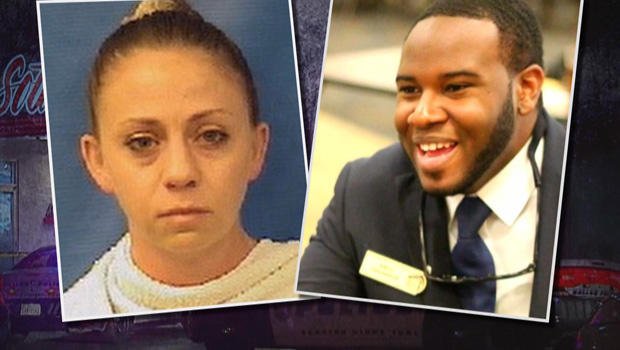 CBS News September 10, 2018, 7:49 AM Family searches for answers after man shot dead in his home by Dallas officer

A white Dallas police officer is free on bond this morning, after being charged with manslaughter in a bizarre shooting that left a black man dead inside his own home. Off-duty police officer Amber Guyger is accused of killing 26-year-old Botham Jean.

The officer allegedly told investigators she mistook his apartment for her own, and shot and killed him after she went inside. Dallas police were seeking a manslaughter charge against Guyger, who lives here at the apartment complex where the shooting took place.

But the investigation was handed off to the Texas Rangers to avoid the appearance of any bias.

After coordination with the Dallas County District Attorney, Guyer was arrested last night nearly three days after the fatal encounter with Jean.

There are questions about what happened on the fourth floor of the South Side Flats apartment complex, reports correspondent Omar Villafranca. Also: Why did a sheriff's department 30 miles away arrest Guyger when she was two blocks from Dallas Police headquarters? And why did it take almost three days before she was arrested?

Jean family attorneys, including Benjamin Crump, and local politicians rallied against the Dallas Police Department for failing to make a timely arrest in the case. "You or I would be arrested if we went to the wrong apartment and blow a hole in a person's chest, killing them," said Crump.

Texas State Senator Royce West said, "We gotta make sure that in Texas, there is no separate standard as it relates to police officers when they commit these types of crimes."

Dallas Police say officer Amber Guyger, who has been with the department for four years, told them she mistakenly entered Jean's apartment after her shift, thinking it was her own.

"She was still in uniform when she encountered Mr. Jean in the apartment," said Police Chief U. Renee Hall. "At some point she fired her weapon, striking the victim."

Details surrounding what happened directly before the shooting remain unclear. But Jean's family members continue to search for answers.

"He was my pride and my joy," said his mother, Allison Jean. "There are times when you feel like giving up. I could not give up because of Botham. And right now, in his death, I can never give up."

Officer Guyger has been placed on paid administrative leave.

The Dallas County District Attorney will hold a press conference later this morning. 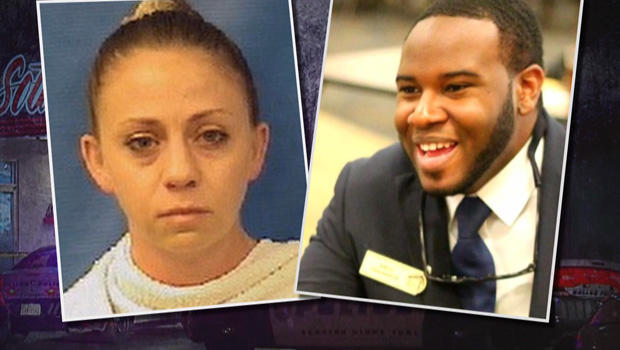