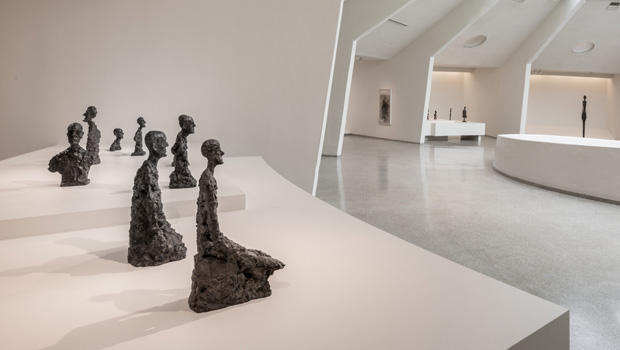 CBS News September 9, 2018, 9:21 AM The restless perfectionism of Alberto Giacometti

Can the stark and bare-bone sculptures of Alberto Giacometti reveal truths about our own times? Tony Dokoupil says, yes, they can:

He pushed, prodded and gouged his masterpieces into existence. But for this hard-living, chain-smoking legend of 20th century art, the beauty he sought to create seemed almost unattainable. Alberto Giacometti hoped to make his artwork feel, however faintly, alive.

His ragged, bone-thin statues and haunting portraits are just some of the works in "Giacometti," a sweeping retrospective at New York's Guggenheim Museum. It includes some 200 pieces from the four-decade career of this restless perfectionist.

Dokoupil asked, "You hear about Giacometti starting anew, never being satisfied, ripping up yesterday's work. Was he ever, at any point, to your knowledge, at the end of the day, lighting a cigarette and thinking, 'I nailed it, I nailed it'?"

"Finally satisfied? Gosh, I hope so!" laughed Megan Fontanella, co-curator of the exhibit. "Otherwise he was just toiling away.

"What I hope visitors will take away from the exhibition, or from their engagement with his work, is a more hopeful approach to the anxieties, to the human condition. I think Giacometti, even in his failures, he was working towards success."

The art world has certainly taken notice. In recent years Giacometti's statues "The Chariot," "Walking Man," and "Pointing Man," have each sold for more than $100 million, making them the three priciest sculptures ever sold at auction.

And this year, Hollywood took notice, too, with "Final Portrait," starring Armie Hammer as a man sitting for his picture, and Geoffrey Rush as Giacometti, the sullen creator.

Giacometti was born in Switzerland, in 1901, into a family of artists in a sleepy village near the Italian border. But his career unfolded in Paris, with more romance than a French novel. When he wasn't working in a cramped studio, he was drinking, and talking philosophy with Jean-Paul Sartre, and art with Pablo Picasso.

Psychoanalyst Laurie Wilson, author of the biography "Alberto Giacometti: Myth, Magic, and the Man" (Yale University Press), was asked by Dokoupil, "One could look at the details of his early life and conclude it was bliss."

"Well, one would be wrong," she laughed. "It's always more complicated."

Giacometti witnessed the horrors of war in France and fled Paris in 1941. The experience would shatter his sense of the world, and shape his artistic sensibilities in the post-war years to come.

Before the war, his work was often abstract and smooth.

"The pieces that he did after the war – once he figured out the tall, skinny figures – were the epitome of survival," Wilson said. "We almost didn't make it after this war, but we did. And his work somehow said that to people. They showed that after the war we had just barely survived, but we survived."

The work made Giacometti wealthy and renowned, but by his own impossible artistic standards he died a failure.

Giacometti said he saw this sculpture of a beloved but downtrodden dog as himself.

These days, you can find it at the top of the Guggenheim's famous spiral. Fontanella said, "I hope that he would feel like this show represented the culmination of his work, that this last chapter feels momentous, feels like he's gonna get there, you know, what he had been toiling away for … he is here!" 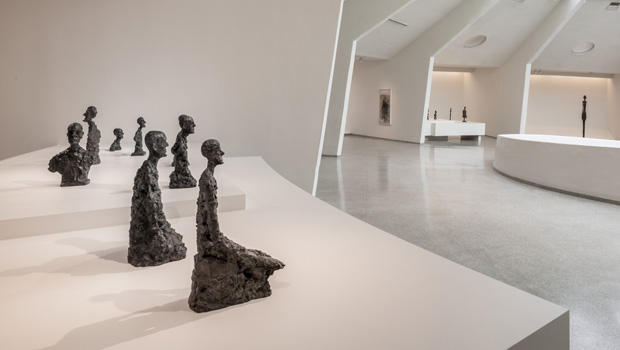 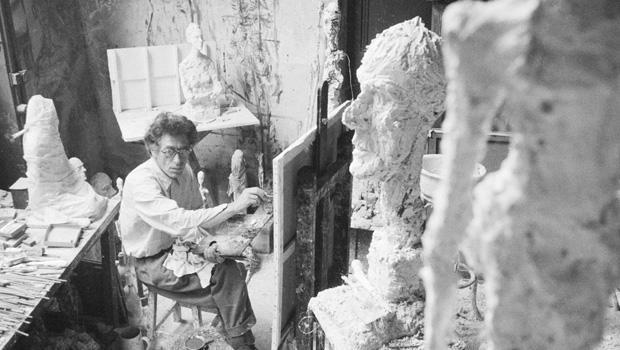 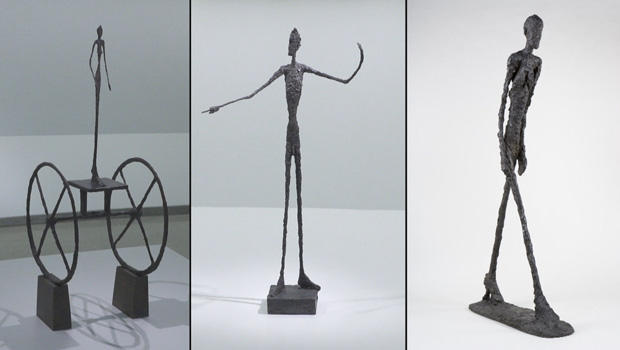 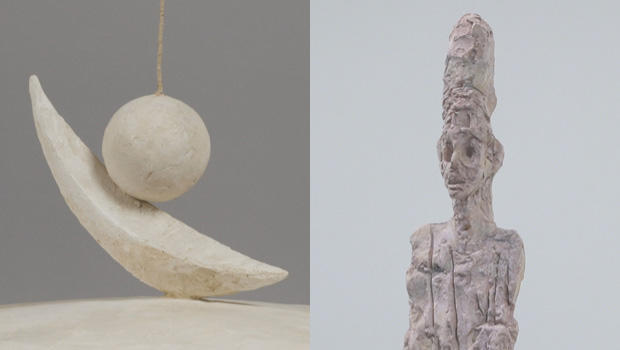 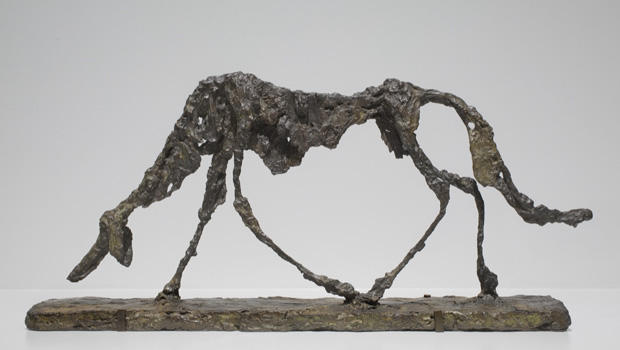