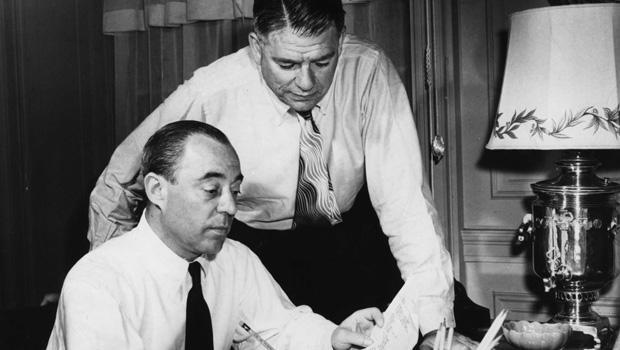 CBS News September 9, 2018, 9:32 AM The musicals of Rodgers & Hammerstein: Some of our favorite things

The musical "Oklahoma!" first charmed audiences on Broadway 75 years ago. And the appeal of the works of Rodgers & Hammerstein has never faded since. On this Tony Awards Sunday, Mo Rocca shows us why (This story was originally broadcast on June 10, 2018)

The musical "Oklahoma!" couldn't begin more simply: Under a big, open sky, a cowboy named Curly sings about a bright golden haze on the meadow:

The 1955 movie version was a hit, but the original Broadway production was a revelation. "It was so naturalistic, so quiet, so ordinary as to be radical in the world of musical theater," said author Todd Purdum.

The show, the first by the team of Richard Rodgers and Oscar Hammerstein II, was a smash when it opened in 1943. The duo had written their own ticket, and over the next 16 years would take audiences from Oklahoma to the South Pacific, to the royal court of Siam, and finally to those Austrian hills so alive with you-know-what.

In his recent book, "Something Wonderful: Rodgers and Hammerstein's Broadway Revolution" by (Henry Holt), Purdum starts at the very beginning.

Rodgers and Hammerstein, he writes, seemed destined for each other: both grew up in Manhattan, went to Columbia University, and married women named Dorothy.

And had they never teamed up, they'd still be remembered as major musical theater figures: Rodgers as the composer alongside lyricist Lorenz Hart of standards like "The Lady Is a Tramp" ("For 20 years, they sort of defined the jazz age on Broadway," said Purdum; "Their music is played today in cabarets all over the world"); and Hammerstein, who with composer Jerome Kern wrote the landmark "Show Boat."

But Hammerstein had had about 12 straight years of flops on Broadway, when he and Rodgers teamed up.

At ages 40 and 46, Rodgers & Hammerstein were no spring chickens when they wrote "Oklahoma!": "So really, their collaboration was the product of kind of a midlife crisis for both of the men," Purdum said.

"In this case, the words usually came first, which is exactly the opposite of the way that both men had worked before. But Oscar had always wanted to write the words first, and Dick was perfectly willing to do that.

"Rodgers was reacting to the words and the feelings already on paper, and the music could reflect that. So, I think that was part of why Rodgers & Hammerstein's songs have endured, because they're deep, they're rich."

And they were written for characters and shows almost as memorable as the songs themselves.

We remember whom Maria sings "Do-Re-Mi" to in "The Sound of Music":

And how "The King and I's" Anna greets her new students:

And what "South Pacific"'s Nellie Forbush does after renouncing romance:

"Whether the innovations of 'The Small House of Uncle Thomas' in 'The King and I,' or the ballet in 'Oklahoma!' and 'Carousel,' it all had to do with that story, and where can we put dialogue? Where we can we put songs? Where can we put dance?"

Rocca asked, "But with Rodgers & Hammerstein, it all seems so natural, doesn't it?"

"It does seem to come out naturally. but you're asking someone who, from before I was born I knew the words to the Rodgers and Hammerstein!" said Kelli O'Hara. "Like, I don't remember having to learn them. I just always knew them. It was like my second language."

That may be because O'Hara literally grew up in Oklahoma, and is today's most celebrated interpreter of Rodgers & Hammerstein. She won a Tony for "The King and I," and starred as Nellie Forbush in "South Pacific."

"When you don't remember a time in your life before Rodgers & Hammerstein, it is just part of your blood," O'Hara said.

In 2013 she starred opposite Nathan Gunn in "Carousel," the show that Richard Rodgers considered their best.

The lovers' duet "If I Loved You" is vintage R&H: perfectly natural sounding, psychologically deep:

"We know more than they do," O'Hara said. "They're falling in love, but are denying it, and we are watching it happen. We believe in them before they believe in themselves."

That show, currently back on Broadway, was daring in subject matter, with its self-destructive, physically-abusive leading man.

"For them to take on this notion of inter-racial romance, two years after Jackie Robinson had broken the color line in baseball, was a very radical thing to do," said Purdum.

"South Pacific" won the Pulitzer Prize for drama. But Rodgers & Hammerstein were no snobs. They wrote "Cinderella" for the relatively new medium of television.

When it was broadcast by CBS in 1957, starring Julie Andrews, it was seen by 107 million people. "When the population of the country was 172 million!" said Purdum. "It was the most-watched event in the history of the planet to that point."

As big as the pair got, they never ceded control of all aspects of their stage productions, inclkuding casting.

Their last show together is the one that's proved most indestructible. The song "Edelweiss," for example, was so effective because people believed it was an old, traditional song:

"Theodore Bickel, who was the original Captain Von Trapp, said that people would come up to him at the stage door and say, 'Oh, I know "Edelweiss" well, but only in the original German,'" Purdum said.

But the Broadway musical with Mary Martin, and the 1965 movie starring Julie Andrews, were far from reviewers' "favorite things."

Chapin said, "Luckily, the people who did not feel that way, starting in November 1959 and continuing to this day, is the audience."

The partnership ended with Hammerstein's death in 1960. Choreographer and longtime collaborator Agnes de Mille wrote to Oscar's widow: "Girls and boys are gonna talk with his words … and may perhaps not be aware whom they quote. He will be in the air they breathe."

"I love that image, and it's so true," Purdum said. "You can't walk around America today without hearing Oscar Hammerstein's words and Richard Rodgers' music – they're everywhere."

Publicly, the only thing that ever seemed to come between them was that ampersand. "They maintained an unbroken front of unity to the world," Purdum said. "But privately, each felt regret and resentment, and they died not knowing whether each had liked the other."

"But, thank God that they liked working with each other!" 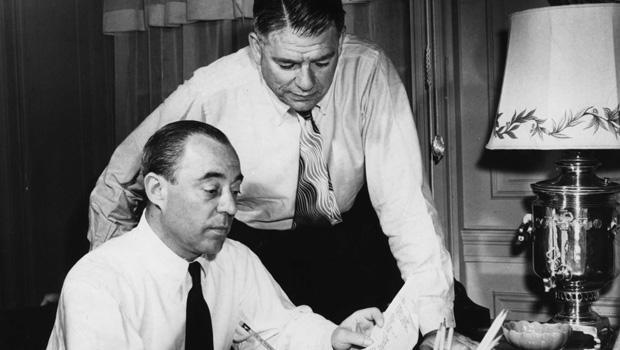 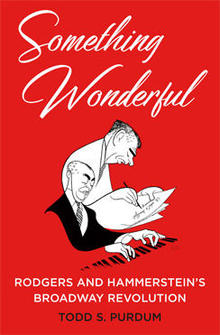