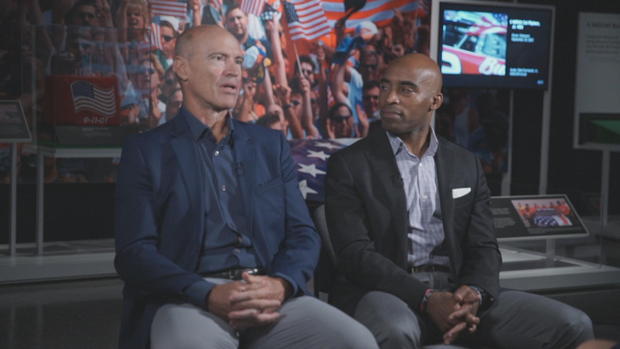 Mark Messier and Tiki Barber weren't just New York sports stars for the Rangers and Giants on September 11, 2001. They were also New Yorkers reeling in the aftermath of the nation's terror attacks.

"I sat there in horror watching this unfold and being … only you know 50 or 60 blocks away thinking is this an attack on our city," Barber recalled to "CBS This Morning: Saturday" co-host Dana Jacobson.

"I remember thinking from a Giants and Jets standpoint these were our fans right. Literally our parking lot was a commuter lot to go into New York City, some cars never left our parking lot," he said. "If we had to go play football it wouldn't have made any sense to me with so much else going on just across the river."

With the country in mourning, the sports world paused to grieve. An unprecedented stoppage in pro sports as stadiums and ballparks sat empty.

"I think for me personally and I think for most of people I was around it was the furthest thing from our mind. I think it was irrelevant at that point," Messier said.

Knowing when it was time to get back on the field wasn't easy. For Messier, it took actually playing the first game through to realize it was the right time.
"We realized not that they need us but they needed an escape from this horrible tragedy," Barber said. "And we started to realize let's get back to what we do because it will help them."

That spirit is on display at a temporary exhibition at the 9/11 memorial museum entitled, " Comeback Season: Sports After 9/11." Alice Greenwald, the museum's CEO and president, says sports became a way for the country to heal in the wake of tragedy.
"This exhibit is a microcosm of the whole museum actually. …You are confronted with the real, tragic, horrific history of what happened on 9/11 but you're also reminded of the way we responded. Ultimately we tell the 9/11 story. But the message is 9/12," Greenwald said.
For some, it was 9/21, when the New York Mets returned to Shea Stadium to take on the Braves.
"To this day, people remember that moment when they exhaled. They had been holding their breath for ten days. They didn't know if they'd recover but then they knew they could," Greenwald said.

From President Bush's World Series pitch to the first NASCAR race after 9/11, the theme is constant throughout the exhibit: sports helping the nation to heal — unifying and uplifting the country as the days and soon months passed.

But for Messier and Barber, they're more than images. It's a history they lived, like the Giants' first game after 9/11 at the Chiefs.
"Kansas City is a rough place to go play. It's a sea of red and they are not friendly to anyone that comes in there. But the first thing we saw was signs saying 'KC loves NYC.' The fans wanted to reach down and shake our hands and the national anthem played. … I've stood for the national anthem for years going back to when I was a kid. But I heard it. I think I truly heard it for the first time," Barber said.

Messier's moment would come two weeks later at the Rangers' home opener against the Buffalo Sabres. During a pregame ceremony he was asked to wear the helmet of FDNY chief Ray Downey, who was killed on September 11.
"To be honored with that was incredible but I also felt a huge responsibility to do the right things and say the right things in honor of all the people that lost their lives that day," Messier said.
"We had a shared responsibility that will exist forever. As Mark has said repeatedly, you cannot forget what happened on 9/11 but you also can't forget how we responded," Barber said. 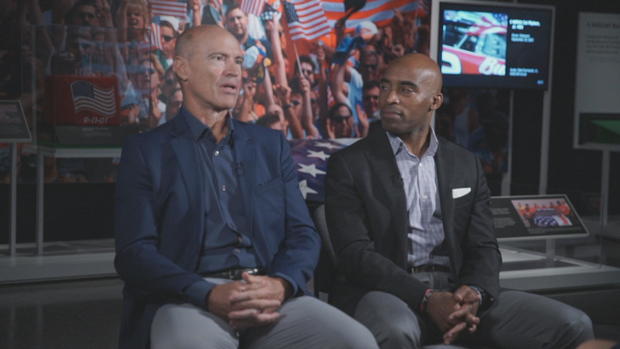 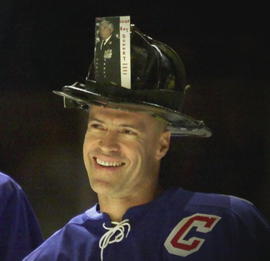