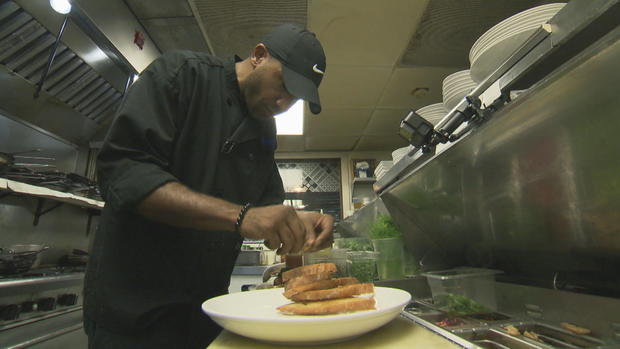 Tucked inside the kitchen of his southern-style restaurant in Houston, chef Chris Williams prepares the dishes he's created from scratch — having tasted each and every ingredient. But shockingly, Williams prefers his customers be the first to taste the final product.

"I make it and send it out and look at the guests' reactions," Williams told CBS News' Michelle Miller.

Even with his take on the classic pork and beans, you never know what might meet on his dish. His menu includes chili biscuits topped off with cheese and dark chocolate and braised duck confit served atop sautéed collard greens with a parsnip puree.
"I was fortunate enough in my experience. This is all my traveling that I've done. It always makes its way to the plate," Williams said.

On a whim, Williams spent a year at Le Cordon Bleu in Austin but never considered making a career in the kitchen. That notion changed after backpacking through Europe.

"It didn't matter where I was in Europe, if I didn't speak the language or anything, I can burn," he said. "So in kitchens, it doesn't matter what language you speak, 'cause we all speak the same when it comes down to cooking."
After a stint in D.C., Williams moved home to Houston to open Lucille's, named in honor of his great grandmother Lucille Bishop Smith.

Lucille was not only a matriarch to Williams' family but a chef, a culinary educator, and entrepreneur. Starting in the mid-1930s, Lucille had her own general store, developed curriculum at Prairie View College, and ran a camp for girls. In his private dining room upstairs, Williams created a place for all the relics he found researching his family's history including her old recipe box filled with mid-20th century favorites.

She fed everyone from heavyweight champion Joe Louis to Martin Luther King Jr. One of the relics Williams kept around is a letter from President Lyndon Johnson thanking Lucille for shipping fruit cakes to servicemen fighting in Vietnam. She was even known across the country for one of her own culinary inventions: the very first instant quick biscuit. Her biscuits were served in the first class cabins of American Airlines in the 1930s and 40s.
"I wish that grandmother could have lived to see this. She would've been so proud," said Williams' mother, Lucille's granddaughter, who used to work for her at the all-girls Camp Waldemar in central Texas.

"Everything that's, you know, original about American cuisine, you know where it came from. It came off the backs of slaves. Southern soul food is the base of the American food scene now, that's just now being recognized for what it truly is," Williams said. "The best food I ever find anywhere I ever go is the food of the poor people. I find that to be the most creative food out there. It's not fancy, beautiful, fake food. It's just honest. And I think, I find that beautiful."

Lucille's has faithfully been serving Houston's museum district since 2012, but like so many businesses Williams was forced to close his doors when days of rain from Hurricane Harvey flooded his city. It came in the middle of their busiest time of year and stopped business for almost a full month. His kitchen helped feed Harvey's first responders.
"I know a lot of people had some really tough experiences, and we wanted to contribute and do what we could. So, we did, and that really, like, made itself part of the culture of the restaurant, which was what my great-grandmother was all about," Williams said.
He says he remembers visiting with Lucille during her final years, a seven-year-old boy helping to feed the great grandmother whose days of feeding others had long passed. 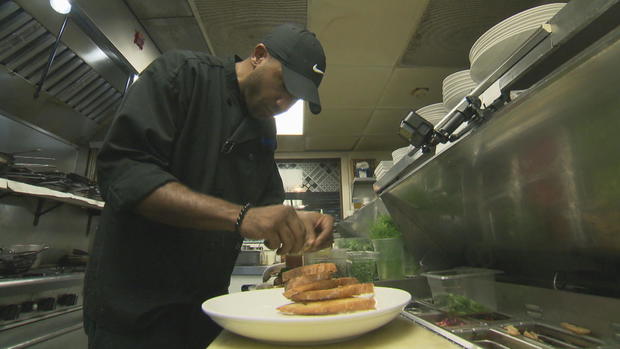 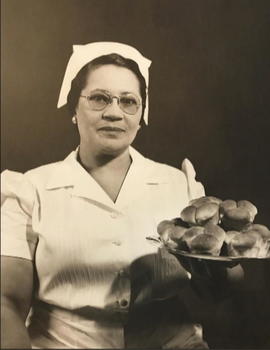