A scene was cut from upcoming movie "The Predator" after Fox learned that it featured registered sex offender, Steven Wilder Striegel. Twentieth Century Fox pulled the scene from the film, which is set for release next week, after star Olivia Munn notified them about Striegel's history.

In the cut scene, Striegel played a jogger who keeps trying to flirt with Munn. She told the L.A. Times that she found it "both surprising and unsettling that Shane Black, our director, did not share this information to the cast, crew, or Fox Studios prior to, during, or after production."

"Our studio was not aware of Mr. Striegel's background when he was hired," a Fox spokesperson said in a statement to the Los Angeles Times. "We were not aware of his background during the casting process due to legal limitations that impede studios from running background checks on actors."

But director Shane Black did have some idea. Striegel was a friend of his. Black apologized and said he did not know the gravity of Striegel's criminal past.

"It has sadly become clear to me that I was misled by a friend I really wanted to believe was telling me the truth when he described the circumstances of his conviction," he told the Los Angeles Times. "I believe strongly in giving people second chances, but sometimes you discover that chance is not as warranted as you may have hoped." He said that he thought Striegel had been caught in a "bad situation"; he claimed that Striegel told him he was simply complimenting a 14-year-old relative to help her self-esteem, but court records revealed that Striegel used graphic sexual language with the girl.

Black cast Striegel after his release from jail in two of his other films, "Iron Man 3" and "The Nice Guys." The two met and were friends before Striegel's arrest. 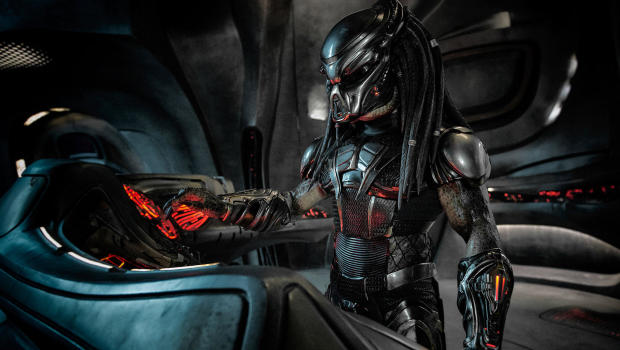 Zac Efron shares a photo of himself as Ted Bundy